Need for Speed Hot Pursuit 2010 was an interesting choice to give the remaster treatment, generating useful debate across the community concerning what a remaster should consist of. Although I was initially skeptical, it would appear I may have been too harsh and have now given HPR the chance it deserved.

Criterion (with the help of Stellar Entertainment whilst the former concentrate on developing NFS 2021) have delivered a revamped HP experience in their signature style. With that out of the way, here's what I think could be made better, whilst still respecting the values of the original:

HPR can be enjoyable, but can also become tedious if a crash cutscene brings the event to a premature end, so there is more work to be done. Adding small new features and ensuring as many bugs as possible are patched is the key to perfecting the formula! Also, RIP Mercedes-Benz SLR McLaren, you will be missed...

Other suggestions are welcome of course, and I'd welcome any discussion on NFS 2021 as well. Thanks.

@Jacobba55 The SLR 199 problem is mainly due to EA refuse to pay double time for both McLaren/Mercedes for a single car(2 SLR 199 in the original game was added before McLaren bought back shares in May 2010) However the other car-Carbon E7 was dropped purely for the bankruptcy of the maker.
Message 2 of 4 (92 Views)
Reply
1 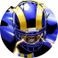