I have NFS HP Remastered on Xbox One.

I know there have been issues and a patch was released a day or so back which was to resolve Xbox One issues but my problem still remains, both consoles have the latest patch installed.

I have 2 Xboxes in the house, one used by me the other my son.

On my Xbox One X I can enable Cross Play, however on his console it does not allow the toggle to be changed under privacy settings, it instead refers to a generic EA link for troubleshooting Cross Play.

Both my Xboxes have an open NAT, and my son's profile is set to allow multiplayer outside of Xbox Live.

My initial thoughts are it could be the safety settings on XBL, but I've changed a few to make them less strict but it made no difference.

Anyone experiencing similar or have some suggestions?

If you want to try logging on with your account on his console you can check if there's some console-specific reason it might be blocked, but I suspect you were right to chase up security and privacy settings as the likely culprit.

You mention some security settings, but can you check if  "You can play with people outside of Xbox Live" is toggled on

I have double checked the privacy setting, it is set to allow for "You can play with people outside of Xbox Live".

In addition I have logged both users into the respective consoles i.e my account onto my sons and vice versa.  The issue still remains, in that I can toggle the setting on either console but my sons account is not able to.

Thanks for the info given. It sounds like there may be extra restrictions in place for child accounts, which I'm assuming your son's account to be.

Can you send me a DM with your son's account name and the age on the account, and I'll pass it on to the QA team here? 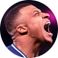 I have exactly the same problem with my 12y kid account, i made sure that his privacy settings allows multiplayers and playing with people outside xbox live.

It would be great if someone would help on this.