Hi, i'm wondering what anti aliasing are you guys using at 1080p in nfshp remastered? TAA is really bothering me at 1080p making everything pretty blurry and smaa1x and fxaa are not that effective at removing jaggies. Fxaa would be more than enough at a higher resolution but i don't know what are my options at 1080p so i'm interested in what are you guys using? 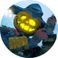 @MrScarecrow I have an Nvidia GPU and i tried using dsr and nvidia control panel fxaa instead of the game one. Dsr which pretty much renders the game at a higher resolution then downscales it to fit the display looks much better however you pay a huge performance hit and it just throws most of the hard work, ruins all overlays too. Fxaa from the control panel looks a lot better but it blurs the text a ton and as expected also ruins the overlays. I'm yet to find a setting that won't have any compromises, will keep on experimenting but i really wish that the game had better options.

@PecaGrid Please let us know when you found the right options so we can help others wirh the same problems!
Message 4 of 4 (768 Views)
Reply
0
New topic
Twitter Stream