Hey can I join to get the car too please?

I'll send a request but otherwise my tag is "Th3_Video"

I can't seem to request to join your crew, can you add me if possible please?

I just saw this and now I know why I had a Friend request from you in game. I saw that your icon by name was a PC one and not a PS4 icon if I remember right. That's why I bet you can't get into Hazzard Company Th3_Video. I add when I see them in game so you can all get the reward since I'm already 100% game complete.

You should be in the crew by now Chiz. I'm the leader and already added all the request's I've seen. If your not in the crew yet and still want in send me a friend request on psn and we will get it sorted out.

PSN HazzardOutlaw. I'll check the game after work during the week to help anyone out. That means in the morning since I'm American and work nights.

I must not be getting anything from you if you aren't in the crew by now. I've seen a PC icon on one person who sent a EA friend request to me and I can't invite those players. My crew has players but they are only joining for the lvl 50 reward i'm assuming. I've seen the requests.  and then the next day they leave and game said they were kicked. Not sure what is going on Chiz but if your not on Playstation then you won't be able to get into my crew it seems for the reward and might just have to make your own crew that you have control of yourself.

That's what I did since all the crews I tried to join never responded back. I just made my own crew and leveled it myself with an  off-road car build getting 1 mill rep a night to lvl it. The cashing in trophy each night basically then garage and re-peat.

I'm checking the game tonight and if nothing by Monday Chiz then I'll say don't bother. You can't get in by Monday if  i'm not receiving anything. If you aren't in it after 2 weeks of trying then  just make your own crew which is way easier and less frustrating for you. Besides my whole plan for the crew was to have just me in it so I could have the car. Only reason I'm letting people join is because out of the blue I had requests from some players I never see online want to join.

@HazzardOutlaw Thanks Outlaw. Btw, I've already mentioned last time that i'm on Playstation, which means I could only join PS crews, so since your on PS, I think I could join. I've seen your crew weeks ago already. However, it seems that the request system for crew invites might be quite malfunctioned, such as players getting kicked out of crew, crew requests failed, and etc., since the game is no longer updated. But sure Outlaw, I'll make my own crew instead, so no problems as well. Have a nice day. 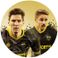 How do I message you?

I never got your request I guess Chizou.

As for the others I'm currently on a 1 week ban from Playstation Network. Apparently TheUSPresident11 can't handle being asked why America's southern border isn't secure, why our gas prices are high, why Kindergartner's are being taught sex education,sex identity, politics and all other non age appropriate stuff. Ohh they also don't like being informed that U.S. athlete's were kneeling and not standing for George Floyd. Some how asking question's and stating a fact got me banned from Playstation for a week. Which isn't a big deal because I don't even play during the week. What can I say with a tag like that player had and putting stuff about George Floyd on his profile it just screamed "be a smart aleck to me".

If you still want in just wait or message 1 of the admin crew members and let them know I will let you join for the reward. The game is kicking people from crews on it's own apparently from what I've been told by one player on Playstation. Just a heads up.