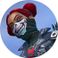 Trying to play on Series X in 4k. It works for about 30 minutes at a time, then the audio cuts out and the world just loses all textures until it crashes. I have to hard restart the xbox to play the game again. Is this a known issue? Please update the game this is ridiculous.

Yep, same issue here. And this is after I gave up trying to play on PC on account of the horrific framerate issues and choppiness on more than capable hardware. Classic symptoms of a bad denuvo implementation, and this has also been an issue since launch that EA clearly don't give two * about. You can imagine my dissatisfaction when I resort to playing on Xbox instead only to repeatedly lose progress because the game crashes all the time. EA really don't care, do they? They've already got your money, so who cares if the product works?

And issues with NFS Heat aside, NFS Hot Pursuit Remastered still has screwed up controller support on PC. Has done since launch, no signs it'll be fixed. Who am I kidding? Of course it won't be. And EA wonders why they're so universally despised and why the NFS series has dropped off in popularity... these aren't even the main reasons, but they sure don't help.