Ideas on the map rotations, loot and more

Ideas on the map rotations, loot and more 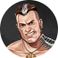 So I think it'll be neat to have all 3 maps in rotation including earlier versions. So KC season 2 or 3 and worlds edge season 4.. This will buff the map count to 5, this will also bring back thunder dome, skull town  capitol city, fuel depot and more. Also loot is still strange.. I find attachments and ammo for days but I have to go for a little stroll for a gun, it can take awhile... So I pull out a sleeping bag and crash for the night.. then I'm rudely awakened by a player shooting my direction.. at this point I'm confused and angered.. I'm angered because his not following the laws of battle.. don't shoot an unarmed person.. aalso confused that he found a damn gun!. Another thing I think sound is a tad to loud, zip lines, water, phase runners, lava burning and the titan, it's that loud you'll get a reaction  out of the deaf community. Also small lips such as branches, safety cones, small edge lips and other such shouldn't require a jump to get over them. Especially when they are smaller then a normal step also why do you make a dropping sound with that same environment?..

Sliding.. There's two here, 1) Sliding while crouching. How many times have I slide going down a small lip on a roof or something while crouch walking, then having to jump to break the slide giving away my position . 2) panic sliding, so here's me "tactically" retreating, so I'm running hit the crouch button and what happens.. well I should be sliding, instead I pretend that I've become a tree and rooted myself to the ground crouching at which point I just give up because I'm dead anyway.