We have been investigating reports from some players around the following issues in Franchise mode:

We will continue to provide updates to this forum post as we receive updates on resolutions and timelines.

Thank you for your patience while our teams work to address these issues.

8/24/2021 7:00 PM ET Update: The Franchise team has identified the cause of a desync that is impacting some players in head-to-head Franchise play and is working to address this issue in the first Title Update, coming soon.

Regarding the head-to-head desync, if either player has a scenario-driven coach goal, a desync may occur. While the dev team is working to address the issue, players impacted can keep playing by avoiding scenarios. For players with leagues that are experiencing the desync, you can advance the week and let that game get simmed, which will clear the goal, and then avoid scenarios until a fix is deployed.

We know that neither of these workarounds is optimal and are working as fast as we can to fix these issues in the upcoming Title Update.
8/26/2021 1:15 PM ET Update: The server maintenance this morning contained a change that addressed a desync issue in head-to-head Franchise games related to having a scenario staff goal. The Franchise Team will continue to monitor this issue and make improvements in upcoming Title Updates.
The team is still working to address the Franchise Score Reset issue and we will provide an update once that issue has been addressed.
9/2/2021 12:30 PM Update: Today, Madden NFL 22 received a Title Update to address the following issues in the Franchise Mode. For the full list of Title Update improvements, please check out our Gridiron Notes - Title Update: September 2nd article.

@EA_KRAELO What about the issue with the game crashing franchise? Are you investigating that?
Message 2 of 345 (23,324 Views)
40

@canuc.. Yeah hopefully they are looking into that as well. There's a lot of bugs

So glad I paid extra for early access! And when you contact anyone from EA the only answer you get is we are aware of the problem or play another mode! I’ve heard nothing about a refund for those who purchased early access!!!!

@Canucksedge wrote:
@Bazer831I asked EA help for a refund, they said no.

Same here it’s ridiculous! My response was thank you for your feedback is there anything else we can do for you?

facts.. I got the same exact responses smh

@xxFONCExx Same problem here to with mine. Franchise Mode offline PS4 winning games counts as a loss. Haven't tried face of the franchise yet.
Message 8 of 345 (23,221 Views)
9 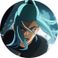 It's the same game as last year.

They don't even have the actual coordinators/assistant coaches. No create a team, players missing pictures, the same game play and graphics. Just slap a different year onto the game and release it.

I hope this game and EA are embarrassed once again on social media.

I heard if you delete and reinstall it works now after the update yesterday...im reinstalling it now so hopefully it works this time.