@HER0DI0N 30 seconds cooldown for his tactical is too much, I kind of like you idea about disabling communications and mic chat, Its unique indeed but people could use another ways/apps for communications (like xbox party chat) which the game can't disable. Also why would you suggest disabling his weapons in shadow from? I'd say give him what you suggested in the ultimate but keep the ability to use the weapons & abilities.
Message 31 of 59 (434 Views)
Reply
2
Highlighted

Even if they use party chat and they say"there's an enemy on my position" other teammates can't see the position.. they will take much time coming help. Yes apex legends is built on weapons why simply cut them off, you are right 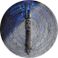 Passive: should have higher climb

Tactical : should do 30 damage with a wider area

wider area and cancel all abilities including passive

ult: should have a longer  time of use. And when all health is depleted return back with full health and shields. Because the way it is now, there is little advantage because you must heal before fighting again giving the other team time to heal as well 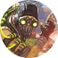 Here is what I posted on Apex Legends: Players can Personalize 2 out of 5 Legends Passive

Stalk: Climb twice as high, but at a slightly slower rate

Can't Run: Totem makes you the Ultimate threat: Instead of taking health from your base: You are granted a secondary health that is consumed instead, but your position is reveled. Affects other legends as well. Ex. Octane stim affects secondary health in death totem. Now go finish those kills!

Control: Infect enemies around your position (1-2 damage) when the WHOLE SQUAD has entered Death Totem.

Nowhere to Hide, Nowhere to Run: Once one enemy is affected by Silence their teammates around him can also be affected if close enough.

Note for Improvement: Run faster (2-5%) while in Death Totem, and have a small increase in melee strikes (5-8%), but have faster and different animations. Similar to the melee attack animations from the shadows in Shadow-fall, but a a lot weaker. NO 1 HITS.

his hitbox is broken

its almost like caustic hitbox soo its need some fix

and his ultimate is a bit useless. and if you fix this too it will be great but main problem is his HITBOX

Honestly, besides the fact that his tactical is nearly useless (1/3rd Melee Damage, Lengthy cooldown, Rarely impacts a fight) and he takes too much damage for his size,

Revenant's biggest issue is his passive being unimpactful and his ultimate being a hindrance in most cases.

Also, following the video that gave us our first impressions on Revenant, his kit makes zero sense to begin with.

He can climb indefinitely in the video. (Marginal increase ingame.)

Has a devastating melee attack by turning his hand into a blade. (Nothing ingame.)

Disperses into a cloud upon taking lethal damage allowing him to teleport and regain hp. (Respawn at a designated totem with 1hp)

In the video, he is dangerous and unpredictable. In game, you know exactly where he's going to come back while weaker than an infant.

Here are a few things I've come up with that not only remain more true to the character, but might help him rise from D tier.

Ultimate: (Death's Shadow) Turn into shadow form. Upon taking lethal damage, disperse into a cloud for five seconds. While dispersed, choose a location up to 100m away to teleport to and reform back with full HP. There will be slight delays to allow some type of counterplay. (NOW we can actually play him like he was in the video. For balance, there will be no totem and it only affects Revenant. HE IS AN ASSASSIN. LET HIM BE ONE.)

Tactical: (Mutilate) Revenant can hold the melee key to lunge and stab for x bonus damage and silence his opponents for 10 seconds. Revenant can only enhanced melee once per x seconds as his hand blade readjusts.

He should be someone you're afraid of being close to.

He should be able to punish people with pressure from his shadow form.

Thank you for taking the time to read this. I truly love the character, but the abilities could be so much more!

Please keep feedback going so we can keep fine tuning this potential monster.

@briflepawnI like your ideas.
Although, he should probably have some sort of team ability. Mirage has some good abilities, but they don’t help the team very much, which makes him one of the worst legends.

Mirage is still pretty good in the right hands though.