Path is the main legend I play. I agree he was severely overpowered when his grapple was on a 15s CD. Obvious suggestions would be to reduce the current CD by 5-10s or remove low profile ( as even some pro players have suggested ).

I think Respawn has an opportunity to take a more innovative path ( pun intended), giving the character more utility, which would compensate for losing the unique beacon scanning passive.

Give his zip a distinguishable visual, and add a passive effect to its users. An example would be that

players are 10% faster on it than on other ziplines,

add a 25 ( 1 cell ) shield while it is being used, this would be either a 1 time use or long cd passive, and would fade 1 second after jumping off the zip to avoid abuse and overpowered mechanics.

Also the effect would be usable by the enemy team, as is standart for many ults in Apex.

The 25 damage would be negligible in pro play, as everyone in the scene has impeccable aim and it wouldnt be readily usable in an ongoing firefight, but it would make the legend playable to some degree in comparison to crypto, who is currently by far the strongest scout in the game.

Let me know what you think! 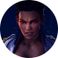 @DyingWishBGYou have to be out of your mind.
He is still extremely strong and has one of the best ults in the game...
He is one of the most picked legends for a reason


The only thing that makes him a "scout" is the fact he can scan beacons...aside from that he is closer to Wraith than Crypto/BH
You calling crypto the best Scout blows my mind tbh...The nerf Crypto got last patch broke him, yes he has some good utility but thats it
Bh can gather Info better and safer...As long as the EMP is as bad as it is currently he is not even close to BH, there are reasons why Bh pickrate did skyrocket while crypto has a bad pickrate

He doesnt need a zipline buff, he needs a recon ability, respawns trying to advertise him as a recon legend, but his only recon ability is a class perk. and crypto is not very strong right now all he really has going for him is his emp, which is a little underwhelming since nobody camps with caustic and wattson anymore.