@xx_Dante2k_xx Well, they won’t give her back fast heals, because of how it was kind of fundamentally too strong.
Message 12 of 13 (136 Views)
Reply
0 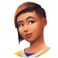 After the silly buffs to Gibby and Mirage, which rendered Lifeline kinda useless, this was exactly the buff she needed so she could be unique and a Lifeline again. Also, when the bot finishes reviving just one-tap the guy getting revived and he's down again. It's not an op buff in any way. If people want to take away her bot revive and thus getting outshined by Gibby and Mirage's lifeline powers again, then she'd need a built-in gold backpack instead.