nothing works anymore, thank you EA! You are the best online game provider...!

one of the objectives of chiringo is that you abandon the game because they want to close it and to avoid problems they will make it unplayable and thus drown it 3 insulting examples.
1-.The successive closures of servers which makes lag is insufferable, the Asian legions are clearly benefited by it.
2-. The difficulty to move to class s from a vulpecula a links or lacerta, game in two Legions and since they have implemented the pieces to unlock the S-class has not been achieved by anyone, and if the new blood leaves the game frustrated and the game dries, no future without that new blood.
3-. The passivity and complicity that they have with the hackers, what are the ones that have destroyed the game
Message 2 of 4 (495 Views)
Reply
3
Highlighted 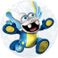 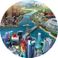