You do not have to jump as soon as the timer hits zero!!!!!

You do not have to jump as soon as the timer hits zero!!!!!

Every damn game when im not jumpmaster it seems people are either so impatient or brainwashed to jump at the first place available. its nuts because the other teams are * too. Its impossible to play this way. Your game is now been at the mercy of RNG. Will I land first and get a gun, does this clown know how to jump and fly? My games literally last about 1-3 minutes.

[edit: removed the caps from the title] 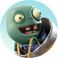 Want to get better at a competitive shooter? Get as much action as possible, it's better to land in Skulltown and spend 2 minutes evading the team that got to the guns before you and die with some survival experience rather than land in Shattered forest, loot and third party the last team alive for a gg ez win, sure you'll get a win but you didn't get better at anything besides camping and the next time you come across a experienced team who landed in hot zones alot you're gonna get deleted regardless of what gear you have become they have the experience and you don't
Message 3 of 8 (259 Views)
Reply
2
Highlighted

Has nothing to do with impatience or brainwash. People jump early because the fighting element of this particular game is way more important to what makes this game good, compared to the survive/stealth/loot elements. Apex is in my opinion designed to be about quick and action filled fights, not about looting, camping or playing the circle. Jumping safe in Apex means that you probably wont hear a single gun shot for 15 minutes, only to realize its 3-4 squads left. So boring and meaningless.

Also, many people have now reached a point when winning a game means nothing so they play to get those 20 kills or 3-4000k damage badges, which are literally impossible to get if you jump safe. 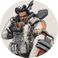 Judging by the responses of the two above me, this approach is popular because they seem to be training something (or maybe for something?).

It all depends on a personal approach. I am not very excited too about the instant jump to the first hot zone and then freneticly running without a gun. But, what can I do, I won't leave my team, so I go with them.

I prefer to go with the team somewhere, where is actualy something to loot, before fight. But I'm not playing Apex to train but to have fun. I don't need to have 10,000 kills and 0 wins, preferably 200 kills and 50 wins. But to play purely for fun is simply not IN these days, or the fun part shifted from "playing the game" to "train my self in playing the game"? I'm not sure witch one is the correct answer.

If you play to improve your aim and positioning a battle royal isn't the best type of shooter to do it in.

The best people playing apex legends now got their aim, movement and awareness from other more action packed games.

Even if you only drop skull town its not nearly as effective as the training they had playing those games.

Also dropping the hot drops its more about being lucky and getting armor and good weps over actual skill.

every player with a decent shot can kill a unarmed guy without that has no armor.

And being lucky and punching a noob to death that had a wep and a armor isn't any form of training either.

If you want to practice actual good shooting.

Get to places where less people drop. ( Less is not nobody )   ( Wetlands, cascades, dumps are good places )

Also try to drop places the plane is passing if you want a little action.

And when you have armor and a weapon go chase all the gunfire sounds you hear in the distance.

Don't wait untill you have purple armor and your faforite weapon fully kitted with purple attachments.

White armor and a alternator is good enough to third party someone.

Overall you get to shoot less then skull town.

But the shooting this way has so much more quality and gives you much more required experience then dying 4 times over in skull town walking into someone with a peacekeeper or R99.

There is way more content in this game then dropping skull town and battle it out with 6 other squads and Dropping swamps and loot for 15 min without seeing anyone.

Even for distant targets, many people drop too early.

If the target is even remotely close to the flight path, you should be dropping at no less than 45 degrees from the horizon. (thus attaining the maximum flight velocity over the shortest distance.)

The only time a shallow drop followed by dolphin flight is correct, is for targets far from the dropship flight path.

The increased dropship speed has only exaggerated this fact.

Haha  I love how this thread started as a complaint about people who drop to early to get into early fights in hot zones near the start of the dropships flight path, to how to drop more effectively.