Why I am quitting as a new player.

Why I am quitting as a new player. 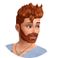 Apex legends has some great design, sound, and movement. But there are a few things that really hamper the experience. One thing is hit detection/lag. Out of all the internet based games I play (Destiny 2, Warframe, POE, etc) this is definitely the one with the most lag. Second, horrible matchmaking. I haven't won a single time. 90% of the time my squadmates die instantly and get mad at me for not getting ganked with them. Third, randomness. I can't say how many times I have landed to have no weapons while the 3 squads near me are fully kitted up in 5 seconds. Also with some weapons being CLEARLY better than other, if you aren't lucky you might as well give up. Fourth, aiming. Idk what you have done but from YEARS of playing countless other shooters (Halo, Cod, PubG, Doom) I cannot hit anything in this game. Fix it, idc if its your "style" of aiming, it sucks. Finally, make a solo mode. I think a major issue is having to be a squad, and when one member fails or quits, your doomed. Playing solo would be MUCH more satisfying and I can blame myself for losing much more than when I get ganked. Even duos would be better. There is a lot of good in this game, but for a new player... It's honestly trash.

@MeteorMelonsI have played this game for 900+ hours and I agree with all of your reasons for quitting, they happen every single day and if I didn’t enjoy the characters and their abilitys so much I would of quit along time ago aswell, the team aspect in most cases is awful I do have some great teammates occasionally we may not be the best team but we have fun goofing off and get a few kills here and there but not much, most of the time you end up with toxic teammates yesterday i ran into a girl i played with earlier that same day and she said I was trash so I just went off solo and did my own thing and let her do her thing and I had alot of fun solo during that match, I tried my best in the final 3 but a crypto drone detected me and I got EMP’d then the whole team rushed at me so I ended up squished between 2 teams XD Idk how tf i survived for so long i survived for probally 4-5 mins the team was directly above me and the other was right in front of me but below me and I was just was squished on a rock wall trying to attack and defend from that location for aslong as possible without being shot at it was a great game though I had alot of fun just being solo

You know it's bad when I can get top 3 just by hiding and waiting way easier than actually playing.

You know it's bad when I can get top 3 just by hiding and waiting way easier than actually playing.

You only have one life. Hiding is, in fact, a valid strategy. If you don’t enjoy hiding and waiting, then don’t.

@MeteorMelonsI just went around the map looting for the most part didnt really hide (snipe them) til they all started fighting in the final 4 and sounding like all out war ,but ya i have alot more fun solo than with a squad usually ive been playing as wattson or caustic more so if your team leaves it dosnt matter you can atleast defend yourself alittle in some circumtances

...idk but I play games to have fun, hiding and waiting isn't. If I wanted to do that I'd go back and play PubG, plenty of hide and wait there, with no scans or radars either.

@MeteorMelons Yeah I can’t hide much either. I mean, there are some matches where it’s tactically better to wait a minute, due to the ring situation, rather than push out and set yourself up for a multi-squad skirmish at rings edge in round 3. But for the most part waiting and scoping rarely lasts more than 30-45 seconds for me.
Message 8 of 10 (296 Views)
Reply
0

When one hides in apex 9/10 times it is because their team thought they was better then they actually are die and leave game. So for a solo it is hide only tactic unless you have faith with your skill level to solo 3 members of a squad there is no other option other then dying. People play their way how they play is no judgement by us. Sure we may disagree with how it is done by some but they have their right to sit back for xp for top 2 just as i have my right to think i can go in solo 3-6 people at once picking them off third party. The quitting the game crap is getting old. I have faith in my skills but being put in pug matches i am placed in lobbies with preds and diamonds due to sbmm. That is no problem but faith i have in myself is not enough to think i can solo a pred / diamond team or even plat for that matter. Their skill level combined will out do what i think i can do. Also kill the smurfs this to me is worse then folks leaving my game. I hate being teamed with someone who is level 25 with 500+ kills. It makes me sick to my stomach to see how far they have made it with no punishment. A lot these smurfs being hackers. Then when their hacks fail them they bail to next match.