Here is a new way to approach this:

If you are the only player in your squad alive but then the timers run out early in the match/ your squad leaves and your left alone.

What if you can join someone else's squad in game?

They should have to have an open slot in the 3 player layout. (respawn timer expired)

Holding alternate interact whilst aiming at the enemy/new squad mate within range will play an animation to hold out their hand. (or animation thats more suited to their played character)

If the new squad mate agree's then an animation would play. (an interaction kinda like how you would revive someone who is knocked down but a handshake instead or something unique to the legend.)

You are approaching an enemy you believe to be on their own and you maybe ambushed by other squad mates.

You come out of cover towards them exposing your position and leaving your cover behind.

once you reach them your open to being shot at. (this is all trusting the enemy.)

You will gain back a squad mate and possibly share resources the other needs.

increase your chances of winning.

The possiblity of having two/three of the same legends in your squad.

No time penalties. Make some friends and bring them with you. Don't punish people for playing the game and not wanting to be in a lobby with scrublord randals.

Dont think we can punish people for leaving since atm the game is so unstable and crashes so much, alot of people would get unfair penaltys 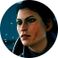 This is mostly a UI problem... All they have to do is..

If they do these things, there will be alot less premature leaving.

"I got my own company so I can get unexpected calls from my clients or people who want to become a client. Yes it's my choice to answer that but what's more important? Income which I need for living or winning a match in a game?

And not only that. If the mailman comes with a package I need to open the door. I can't predict the exact time he will come. If my wife needs help with something must I say "sorry can't come because otherwise 2 other people can't win the match!". And there are much more examples in which case I would leave a match.
Sorry, but games and winning a match in Apex are just not the most important things in the world. But if you are not able to continue playing for a set amount of minutes because of leaving for one of the above reasons I think a lot of people will stop playing."

Okay but no one cares why you have to get up.  If you, or me or anyone, need to get up because something more important came up then a time punishment isn't going to be a problem.  If the thing that popped up was going to take time then why would you care.

Obviously playing a video game shouldn't come at the expense of letting your kid sit in a dirty diaper, or miss a business call or a package BUT a properly done timed punishment system is going to have different punishment for people that leave every game as soon as they die versus people that occasionally have to get up for important things.  If you have to leave games THAT frequently as to be indistinguishable from people that insta-leave every game on death then you should not be playing a team based game.

My proposal for a Leave Buster system

-If you leave/crash but come back before your team loses, no punishment.

-First leave, only locked until your team is out.
-Second leave, locked until your team is out +10% extra time for how long they were playing without you.
-Additional leaves add +5% more to that time.
-Playing games without leaving reduces that by 2%.
-If you are at 20%(3 leaves in a row) or more than the game should prioritize putting you on teams with other people that are at 20% or more

-Leaving a game with a Full-Premade team does not contribute to the additional timed punishments.

This accomplishes a few things.
1: A crash doesn't 100% f*ck your team.  (Other day I had just got a Kraber and my team was camping the ONLY structure in the very small ring, before I could start sniping I crashed.  UGH)
2: People lose the incentive of leaving one game to start another, I'm confident this is probably an overwhelming majority of intentional leaving.
3: People that consistently leave games anyway will rack up punishment time further dis-incentivizing the behavior and get stuck playing with similar people.
4:  If you had to legitimately step away this shouldn't be an issue because having if you only needed to step away for 10-30 seconds then you probably didn't need to leave and if you had to step away for several minutes your team will probably be out by the time you get back.
5: People that hardly ever leave won't be punished severely for the rare games they do leave.
6: Full-Premades being exempt from the extra time means that if you leave your friends in a game with good reason they shouldn't be mad at you, and you'll just have to at most wait for them to get out of their game or rejoin.  If you left your friends without good reason they might just not play with you and you'll get to play randoms again.  If you DO have to consistently leave games for whatever reason you can do so in a pre-made with people that give a sh*t about you and your reason as opposed to messing up random strangers games.

I welcome any challenge to my logic here cause I think its solid.  The only hiccup with this system is if they can't change things to let you rejoin, but as the lifetime of the games go on hopefully the devs will fix the crashing issues  anyway.  Currently my experience is that I only crash maybe once out every 25 or so games.  If you do crash at an abnormally high rate you probably need play something else anyway.

No, its bad idea until crashes will be fixed!!!

Yes, I’m that person that leaves when I’m killed and have no chance of being revived. Why would I stay in a game that I’m not playing in? If someone leaves then I leave too. there’s no point in playing. Sometimes I’ll stay and use enemies as practice but otherwise I’ll leave too. And this game has a habit of placing champions with only one other person and even by themselves so yeah...

reward is also a valid solution,if that makes them stay (a good amount experience for staying until your whole time runs out sounds good) , but something must be done, the problem right now is that leaving as soon as you die is the standard behaviour, in 8 out of 10 games that I play people just leave when they die, and in 10/10 of my games I´m putting effort in help them,just because I play to win and with every player your possibilities are multiplied, developers need to address it.

Play with friends is a solution, but it shouldn´t be happening at all as the banner recovery is an important part of the game and it is totally being ignored in the majority of the cases.

I think a 5 min (stackable) cool down should be added everytime you leave a match before it starts... stackable as it will be 10 mins if you do it twice withen a hour then 15 mins if you do it 3 times in a hour.. then the timer resets every week. Everyone wins. The punishment is small if you suddenly have something to do its not a big deal, but if someone is constantly leaving the cool down will be 5 mins first time, 10 mins 2nd time, 15 the 3rd time. For people who leave mid game I there there shouldn't be a punishment its casual.

What pisses me off with people leaving when they're down is that I as a teamplayer rush to my enemies when they're in a fight, and then they leave when I am still fighting for the team. People leave because they want to play but thay are ruining the game for players that are trying to play as a team. I am very often available to kill the enemy or sneak in and out to revive my teamates but it is a stupid risk for me to simply rush in to save my teammates when they quit the game. The beacon respawn system is a part of the game and to not punish players that leave games 24/7 is stupid.

Games like PUBG and Fortnite don't have this problem because there is no beacon to respawn players at, but this game have and it is a part of the game. Players that leave all the time ''mostly'' for doing stupid things, is acting like this is a free for all game and ignore their teammates.

Give a warning each time you try to leave a game when you are not really dead, if you leave a lot of games then you'll get cooldowns..
Crashes could be excused for the moment because it takes some time to launch the game and I don't think many players would enjoy to re-launch the game every time they are downed.