It would be nice to at least still be able to salvage items we don't want for crafting materials.

People should still be able to craft at least one of the skin they want in the event by salvaging everything they looted in 5-6 event packs.

I'm not a commie so it doesn't bother me that they try to make money, but make the monetisation at least fair!

@Avenger0314
I think the problem with this is a lot of those who are upset are conveying their message poorly.
You only have to scroll through the Apex Legends subreddit to see hundreds of folks screaming obscenities at the developers.

Companies like EA simply won't bother responding to such blatant rudeness, either from legal standpoint or from not wanting to encourage greater negative reactions by telling those who are upset, that they are wrong.

Players who aggressively demand answers won't be respected whatsoever by the companies they slander.
But here, like with my original post in this thread, things are clearly being communicated better through calmer and more respectful discussion.
Sure our words in this forum won't likely touch the hearts and minds of multi millionaire shareholders that own the publisher, but hopefully it will support our voice as consumers when requesting future changes to the content we see get released.
Message 62 of 144 (251 Views)
Reply
4
Highlighted

@BovinePiracy Part of the problem here is that we don't exactly know for sure if they really are "pushing" for higher prices overall.
The outrage at this event predominantly lies in the matter of not having a justified reason as to why this new content is priced higher than the regular content when all cosmetic items, new and old, all get categorised into the same tier categories.
Why should the previously available legendary skins cost however much against why should these new legendary skins be several time the price?

Still it's and alway swill be the buyer's prerogative to spend money if they want to. And not when they don't.
Message 63 of 144 (281 Views)
Reply
1
Highlighted

@Sarsicool This is a great comment that in all honestly probably encapsulates what the side of the community who care about cosmetics, truly wants to see changed.

So many players feel upset not at the fact premium items are premium, but that there's no absolute guarantee they can get what they want.

The first legendary cosmetic I got was for the Mozambique.
You can imagine my disappointment.
After that I spend money on Apex packs in the hopes I could get a legendary Mirage skin. Did I?
No... And still haven't to this day.

I'm pretty sure every player has experienced some form of disappointment from the randomised nature of the premium content. So this is why people should voice their dissatisfaction. Not to hate on the company, but simply request greater accessibility to the content they actually want to play for.

@Anlbrd Another brilliant response.
EA and Respawn are sure to be commended for the sheer amount of content they have provided over the course of just a few months post release, especially when we consider it is a free to play game.

Now although EA are renowned the world over for being greedy, money-hungry monsters of the gaming industry as of late, I don't deny that they have every right to make money.

The majority of the controversy we're seeing lies in the fact we simply don't know the reasoning behind the new contents cost.
Sure it's an optimal business strategy for the situation, but when content receives an inflated price without an explanation as to why, that's where consumers are lead to believe something negative is occurring.

We all will indeed suffer the agony of what it really means to get free stuff, but we should still endeavour to encourage the developers and publishers to be more open about why they make the decisions they choose and hope they then better respect our right to choose too.

@Mylliah Your words resonate with me and I wholeheartedly sympathise with you.
When I first put money into this game the only legendary items I received were a Mozambique skin, the Pathfinder frame with the trash tin cans and legendary crafting materials (which only amount to half the cost of a legendary cosmetic build requirement.)

I hear what you say regarding how players should have greater choice surrounding the rewards they can earn. Although I doubt having a system in place where players can deconstruct their cosmetics would be a good thing.

Given the sheer quantity of common and rare drops in apex packs, it wouldn't be difficult for every single player to take everything they get and instantly try to convert it into legendary skins.
It would go against the whole point of why EA and Spawn use the loot box... sorry, I mean surprise mechanics.

I think they'd sooner introduce a cosmetic trading system where players could exchange legendary skins between characters before they let players actually decide what content they receive from packs.

But overall? Yes, it would be very nice if the developers would give us more choice in how we use our rewards
Message 66 of 144 (256 Views)
Reply
1
Highlighted

all these comments defending this severely overpriced events is mind boggling frankly.

The fact you have to pay ISN'T the issue. It's purely the amount you have to pay. For the total cost of this event  you could pre order a limited edition new release with a bundle of physical content that you actually own. The COD series of bundles would be a great example.

However you're paying for virtual content that has no actual value within itself.  Even if these loot ticks for this event had been like 300-400 each there would have been at least some value for money. Yes people probably would have complained still but you'd be seeing considerably less negative feedback.

My main concern is that this will become the baseline value of any future events with purchasable content. How long are people going to be willing to keep pouring this amount of cash into the game i wonder?

EA will move on, they already start making money from other region, especially asians. There are some idiots will purchase this, even i myself feel tempted to purchase all these skins to get bloodhound heirloom but thank goodness that this game still suck in performances and security and it made change my mind. I got to thank EA and Respawn for this.

@dtOddity92 Mate you're great with the replies-- let's keep this thread alive as long as we can.
I was also vocal here back when cheating was rampant on PC and I'm glad that was resolved over time (not totally, but there's definitely improvement incrementally) which got me back to APEX in time for season 2. I know I couldn't personally thank the people responsible for it but we do our part by playing the game and supporting it financially.
I'm sure there are some white hats listening to our complaints here and these don't fall into deaf ears. Would love to know your other ideas to voice out these concerns!
Back to the topic at hand... I mean if they released 1-2 $200 skins I wouldn't mind even if these were the ones I truly liked, I might even consider buying them. The whole marketing got me hyped especially when they tweeted the Wraith skin; in my mind formed the thought that hey I'm gonna buy that or at least grind for it if needed. But then when I read up on the event and boom typical hype bust.
But if you're a rational bloke and see that you have a 4% chance (out of 24) to roll the one cosmetic you like but if you dont you get 2x the chance to roll MUSIC (i mean who even thought this was "deal") or the hemlock skin (no offense to people who rock the hemlock but it's just not my cup of tea)-- it's just a bad trade off.
This game is great, sure it's still rough around the edges with all the bugs and optimization issues but it's still young. Played a ton of FPS (from CS, CSGO, OW, R6siege, PUBG, then here) and it's the first time I actually come to post in forums because this game has great potential longterm. I just don't want the publishers to eff it up because of bad business practices. We get it you need to make money, but don't be scammy going about it. There were a ton of ways to make this better.
Message 69 of 144 (174 Views)
Reply
3
Highlighted 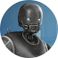