Some ideas to balance the game 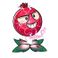 I just have feedback to make the game maybe a bit more balanced. I say for smaller characters(Wraith and Lifeline) we should give them the opposite attention you gave Caustic and Gibraltar. Wraith has such a small hitbox and she has the ability to vanish, so my suggestion would be to give them a bit less health then other characters. This could make up the balance between some characters that are bigger and smaller. Lifeline has ability to heal and wraith can dissapear. Just an idea that you can choose to suggest it or not.

Another suggestion I have is how to balance the wingman. Maybe just make the wingman a 6 round mag with no ability to extend the mag. Since the gun already does heavy damage equivalent to the longbow. Also just add reload time to it and make an actual revolver reload. I don't believe the wingman should do just as much damage as the longbow, but if it does it should be a smaller mag of 6 only without being able to extend the mag and adding reload time or decreasing damage.

Again just a small suggestion that may work or not. Just wanted to give my two cents. Thanks

Thank you for your feedback on the health for Legends and Wingman balance. The team is still looking into improvements for hit detection so that's an area they're still very focused on, we hope to share more developments on that soon.

Thank you for playing Apex Legends!

I mentioned this a while back but I totally still think that larger characters should be able to hip fire larger weapons with greater accuracy, I think the fact that itsy bitsy Wraith can hip-fire a spitfire with supreme accuracy is a little silly.

(replying to EA_Blueberry) I mean, it's understandable given the impact that has on skewing impressions of weapon viability and all...but I don't think hit registration is necessarily a factor in figuring out that differing size hitboxes in a first person shooter has to be balanced using artificial means.

And I think you've seen my feedback on the wingman?

No doubt we'll all appreciate the results of improving hit detection. Just want to point out that if this stuff could be swept in on the side...that'd be pretty swell.