Exactly this! ^
How can somebody wanting matchmaking (therefore asking to play against people of similar skill lvl) be asking for free wins? That's EXACTLY the opposite!

@TSF_VindictiV Why do you assume that in a shooter which has a HUGE luck component in every fight a new player will get instantly vaporized?, and why do you think forcing players to be only able to play on their skill gap is fair?. You are diminishing the reward for players who play regularly and manage to get maybe not good, but decent at the game.

I for one think if I get owned by a guy who spends all his free time playing Apex Legends is fine, just as I think if I play any sport against an athlete he will most likely own me.
Besides, you talk like the other 59 players in the server are all going to be professional try hard gamers who play every day 12 hours or more, which is just not it is. You will find in any game lobby new players, recurring but horrible players, average players and the top players, just like a gauss bell. This I believe is the randomness of what should be a battle royale.

I used Overwatch as an example because in it you will find a lot of people struggling with descending from their current rank, because of the ****hole the ranks of gold and below are. For example if you get a bad squad in a completely random non skill based matchmaking, you are just probably going to die with basically no consecuences, you just got bad luck that time, while in a skill based matchmaking if you get bad squadmates (and this happens at every level, skill matching is sadly not even close to perfect) your rating will go down and theres not much you can do in such a situation in a team game. Its a constant struggle which ends taking the fun away.

Basically, I just think that what makes Battle Royales different and attractive of your everyday shooter is the randomness you find in each of its (massives) lobbies, where luck is ofcourse a big factor involved in deciding who has the upper hand but also skill and dedication are really important deciding factors in the outcome of every fight.
Reduce the skill gap to make it less frustrating for those who just don't play regularly to get better or the ones that for some reason will never get to average skill level and you are just left with the luck factor deciding most of the fights. Thats the perfect way of making the regular players, along with the really commited ones frustrated.
Message 42 of 332 (1,627 Views)
Reply
5 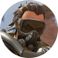 I have to admit I have the perspective of a below average player who knows well enough I will never even reach average, and I know I am not the only one in this case. In fact there is easily 20% of the potential player base who will never "git gud".

It is clear also that the good players are the one bound to lose the most with skill based match maker.

A "perfect" skill based match maker will:

Now.. many good players might be discouraged, but many bad player might join a game they will have never played otherwise, so it's tricky whether it's worth the implementation effort for Respawn.

Now I want to use your own arguments against you. Good player won't (should not?) be discouraged?
Instead they could take the increased difficulty as a challenge to get even better, couldn't they? I mean git gud is all the rage, isn't it?

- they won't be paired with noob. Which many good player seems to complain a lot about...

- they could boast of being the best of the best

Couldnt agree with this more. I have a full tjme job that makes me work weekends. I simply do not have the time to keep up with these no-lifers who have hundreds sometimes over a thousand kills. There needs to be some form of matchmaking
Message 45 of 332 (1,601 Views)
Reply
14

Yep I'm done with this game till they implement matchmaking, it's just no fun for me.

That's where you are wrong.

Luck doesn't stop a veteran player from owning newbies with a p2020. Also lets say that a veteran player can easily run from newbies until he gets a weapon, the other way around will not happen.

Acting like reducing skill gap will remove "skill" from the game is laughable. If anything it will increase skill because the newbies will learn something when they die. The tryhards will have to learn something because now their targets will shot back.

I Said that before and i will say again: I don't think a ladder where people are neatly matched with people of their skill level is the way to go. But it needs at least one or 2 splits in the player base and EA needs to enforce that, banning streamers ta smurf is a good way to set a example by the way, because i cannot see this game getting anywhere.

@Caluka1337  The "huge luck" only really works early game for pro players. They will instantly vaporized people (the non pros, non twitch streamers, etc.) even if they have P2020 because ( 1)they are almost always playing in a premade of 3 with 2 pro friends and ( 2)they are that good at the game that even with a P2020 they will be able to drop noobs with better gear. Once the pros start dropping people, they are getting all the gear they need to continue and snowball the rest of the round.

When you say "You are diminishing the reward for players who play regularly and manage to get maybe not good, but decent at the game."
It sounds like you are saying "once you get decent you can sometimes destroy noobs and that's the reward". No, the reward is playing a challenging, non/lot less frustrating and, finally, fair game if you have good matchmaking. Pros destroying noobs is only entertaining for so long and, more often than not, by the time the pro grew tired of owning noobs, the noobs would have rage quit if that's the only sort of experience they have: either they get exciting and challenging engagements against fellow noobs or they get vaporized by way better/more experienced players.

About your athlete metaphore, having no matchmaking is actually like having real leagues of say hockey where you would see adult professionnal teams playing against kids teams in a real competitive way. Yeah, the kids can learn so much from being demolished (not). Oh and the kids will totally not say "F it, I ain't making a career in hockey". lol

I am an average player, maybe slightly above average and it's boring to destroy a squad of oblivious noobs while it's also frustrating to be instantly taken out by somebody that I'm not even sure if he's using cheats or not because he looks like he's THAT good/accurate. The best engagements are when both squads are about as good because it's fair and exciting (because you don't know the outcome, it's a 50/50 for who will win).

The problems you are speaking about with skill based matchmaking are actually problems with randomly throwing together a server.

Free wins: You seriously think an even playing field where everyone has a chance to win is "free wins" instead of throwing "Chad Thunderc*** with 100 played games, 500 kills, 80 times in the top 3" together with "Jake from accounting who just downloaded the game"? A pro OW player played Apex a few days ago and killed 1/3 of the server by himself with Wingman. That's the definition of a free win, having a good chance that a large chunk of the people you're up against are significantly worse than you because they're just randomly chosen out of the total of players. That's basic probability theory.

"getting paired with random squadmates in skill based matchmaking gets frustrating VERY fast" : you seriously think that's better if it's a totally random person? Read that again and tell me where in the world a completely random person as a squadmate is better than a person around your skill level. Oh yeah, in the 1/100 chance that it's someone significantly better than you who will carry your butt so you don't have, and I quote "thrill or reason to get better".

The issue about getting better matched against really good people: You can not compare SC2 with a shooter. Seriously, think about it for one second. A SC game takes a while even if you're completely outmatched, you're only up against one person and you can analyze what they're doing. In a shooter if you're completely outmatched you encounter them and 2 seconds later you're dead, maybe getting one magazine worth of shots off. Tell me how does one get better at leading targets, considering projectile dropoff (which is different with different weapons no less), dealing with spray patterns etc. etc. etc. if during a whole game you have a generous 10 seconds of fighting until you're decimated? Improving the mechanical parts of the game is a large part of getting better and you simply don't have that if you never get to shoot to begin with.

@Caluka1337   Finally, because you experienced bad matchmaking in OW then it must mean it will be bad in all other games? Is that your argument?

To be fair, the matchmaking in Overwatch is ABSOLUTELY TERRIBLE.  It should not be used as any sort of benchmark for accurate/good matchmaking but rather an example of what not to do.