In ranked I play against diamond players. I am plat. I get roasted. In public matches. I get beat senseless by people with 20 kill badges and diamond/predator ranking. Respawn listened to those that say "All my matches are sweaty now. I have to try hard every second of the game". They put great players in with people who suck. Those sucky players like myself play the game less because it is no fun and find themselves looking for a new game because their interest in APEX is waning and it gets frustrating knowing when you play to the top of your ability it just isnt good enough to compete.

I am a low level player not able to even get out of silver in ranked.

Been playing the game since launch and having people like you wanting to join a lobby that I or any other new player destroys the game for us.

After season 4 launch almost every time I see a person I die. Theres not even a fighting chance for me to enjoy the game anymore, just because hi ranked people want a couple easy kills.

I would love to see a better ranking system put in for all levels.

This dropping with predators crap is getting really old.

@JiboTV I don't know if you frequent this thread anymore and check replies, since the original post was made in December 2019, but here's experience. I'm a veteran gamer, and consider myself to be average to above average in most FPS games. I've been playing Apex since the week it has launched with some of my friends, and we all enjoy the game and have 800 hours of play per individual.I personally have about 4k kills on my account, and we all play almost everyday, with intermittent week long breaks . We don't have much of a skill gap between the four of us. None of us have gone above Plat 4, and I attribute that to SBMM recognizing that we're a full pre-made team, and finds other pre-made teams out there to match us. What's really disheartening for the team is seeing 3 stack predators  and masters all over our lobby.

I understand we're paying a price for being a pre-made team but it feels like the cost is too high for us to play together. I've stated multiple times that we would probably have more fun playing the game solo, because the matches are so sweaty and difficult to play as a pre-made. Even in casual play, we feel like we have to play our very best game, every match to make any head way in games.I feel your assumption of "punishment" for playing well is very much built into the game. It's a terrible feeling to have, knowing you just played a great game as a team, but knowing our next game we will be overmatched with multiple master/predator stacks. It's pretty disheartening to drop into these lobbies, seeing as we're constantly hunted down since we lack the gun play to fight back effectively in these lobbies.

I can understand seeing diamonds and some masters, but predators are just leaps and bounds outside of our league. Fighting diamonds and masters is hard enough for us, and its demoralizing just to constantly get smoked in these lobbies with multiple predators. We've smurfed a few times to have a change of pace, and that in itself is unfair to the lower skill players. I genuinely enjoy the game, but at some points I just want to uninstall it. My team is being punished for being mid-tier players.
I really like the sound of your solution to the SBMM problem, seeing as my team should still get challenging fights, SBMM feels like its all in 2 brackets; Gold and below, then Platinum and

I hope anything I said is helpful and can give insight. I can easily see this as me complaining, and it probably is, but if i don't complain, it will never change.
Too bad they can't expand on the idea on the SBMM of ranked. Maybe Keep Bronze/Silver players in a bracket of their own until theyre promoted to Gold. Maybe segment the matchmaking somehow to where Gold players won't see anything higher than a master or team of masters in the match; Platinum could see predators but not more than 3? I'm not sure I'm explaining my thoughts well in text form. I hope my feedback is helpful. 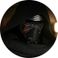 Respawn stated that SBMM helps with player retention but I highly doubt that. You see everyone just complaining about it. Randoms players like S0 or a huge tweak to the matchmaker would be more than wellcome and in my honest opinion: a must.

I am taking a break from Apex until I find something else that lets me play with people of my same skill. I am a scrub. This is my perception. Great players complain about matches being too hard. Respawn fixed it by ruining the experience of bad players and essentially throwing us to the wolves to keep them quiet and protect their experience. I want to play against people who play like I do. I shouldn't queue in with a full team of people who have 20 kill badges, 10k plus kills and the like. That is just ridiculous and lazy programming. Again, I understand the challenge and I know the team works hard, but there has to be something you can do to make a casual game casual. I will pop back in when I see another update to SBMM, but until then I will spend my time elsewhere. I dont like the person I become when I am constantly getting my teeth kicked in.

So im an average player with a k/d of 1.5 i dont have any 20 bomb badge or 4k damage. I play everyday with my friends and they arent as good well below the 1 k/d range.  and every match we go into it just gets insanely sweaty.  to the point where my friends just insta-die.  I remember back in season 1 and 2 my friends and i had fun with this game goofing off etc.

i dont know if its because of my higher k/d but i feel my friends shouldn't be punished when playing with me and queing up with preds or diamonds.

how about impliment a SQUAD BASED match making?  that avgs the pre made squads k/d damage etc.  actually you know what.. heres a better idea.

how about eliminate SBMM entirely for casual play???  i mean isn't that way you made rank in the first place? keep that SBMM and leave the rest alone?

also, Im so tired of having to create scrub accounts just to play with my scrub friends.

there has to be a way to fix this. hopefully more people see this as an issue and the devs will make a change to this.

Hi, found this thread after what happened to me yesterday so I thought I would share my thoughts on this from the perpective of a new(ish) console player and how quickly the matchmaking can change.

Previously I had been playing the game the on PC. I would consider myself average on PC, I have never played ranked and majority of the time queue solo. Yesterday I decided to switch to Xbox and have a few games...

I was level 11 with a K/D of 0.8 when I started playing and was being matched with people who I could be competative with. Slowly I started getting used to the controls and began to improve. In one game I won solo as the kill leader with over 2k damage and as it stands I currently have a K/D of 2.1 with 500 average damage per match however I am still only level 19.

I understand that maybe the players I had been playing were slightly worse than me having played on PC but I was by no means winning every match, far from it. Now however, despite still only being level 19, the game seems to think I am like some kind of prodigy and get constantly matched with ridiculously high level players. Champion squad is usaully Diamond level 500 with 1000s of kills. Sometimes, even my teammates quit before the game starts because of my low level. The style of the games have changed too. There are pre made teams all watching diffrent angles and covering each other backs. They are more cautious, alert and lock down areas. I know this is something you need to learn but I have only just started playing on console, it's like dropping into a lions den.

Needless to say I have been getting killed pretty much on drop since then and the fun has started to deminish. Maybe my stats are on par with these players, but you just cannot compare our stats like for like. They just have far superior game-sense and aim and it depends on match qaulity - their stats have come from playing at a high level where as mine have come from playing at a lower level.

I know it is a difficult problem to solve but having a high K/D and damage per match is not a clear enough indication of skill, more factors need to be taken into account such as play time, levels you have played previously, if you have played competatively or not. Level / rank seems irrelevant in pubs, it seems it is based on recent match performance irrespective of quality of opponents

No doubt as I inevitably start loosing more and more to these guys I will be placed back where I belong but with a massive hit to confidence and enjoyment and I know as soon as I start playing better I will be knocked back again. As the OP said the system currently makes it appear as though you are being punished for improving. There is no gradual increase in difficulty, the game is like "oh they just got 2k damage on some noobs last match, must be a pred in disguise".

hey i play apex and at the moment im top 50 wraith in my country (diamond player), i help people rank up and stuff like that, you need help in any form find me on twich: gubygangster