Kinda stomped how a game can go from so good to so utterly bad?

Kinda stomped how a game can go from so good to so utterly bad? 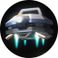 Sure game had some flaws at release but what game do not, But past season 2,3 mother of good how real * it has turned out to be.

plat players play with bronze IV players, ranked is a kinda huge joke. I had issues in season 2 but season 3 is just eh?

Cheaters exploded in the game, One gets removed 10 more joins.

Duo and sutch was fun, but no lets not keep it but make it an event? ok why not try get the players to enjoy the game ? something wrong with that?

Could see 4 and 5 mans, But i think problem have gotten to the Point that the game lack players or ranked would have same skill level.

Now question that remains is more or less, what game to play?

Re: Kinda stomped how a game can go from so good to so utterly bad?

Uh? What are you on about, or should i say, no, I will say it. Have you eaten anything with any real nutrients today?

Because you're not making any sense.

The question here, is:

Will you play the game and try or actually make an effort to improve.

Will you just go play some other game?

ONLY YOU CAN ANSWER