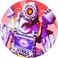 Even pro teams are complaining about aim assist, its way stronger than the mouse and keyboard at medium and close range.

SO why crossplay isn't enabled, there's already too much people using controller on PC, i want to play with some friends on Xbox, there's no reason to not enabled crossplay, Devs from The ark Survival Evolve Game said that it's too easy to do, so why is taking so long?

@AudiofiloMx Im confused on what your saying tbh, your complaining about aim assist but your asking for Crossplay so you can play with xbox players which will have even more if not every player using aim assist?!?!?

I agree aim assist gives me an advantage in close range fights when Im using a R-99 or Prowler for examples, but for mid and long range and literally everything else Mouse+Keyboard is far superior with maximum control vs controller thats restricted to minimal control with not so precision aim, what I mean by this on m+k you move slightly your aim moves slightly but with a controller you move slightly and the aim moves largely and these mistakes add up and often lead to losing mid-long range gunfights,My aim relys solely on me which can be tough in those situations as there is literally no aim assist unless in close range all aim assist does is slow your aim around targets and theres a slight curve of your character

I wouldn’t say its overpowerred, it all depends on the user for instance pro controller players like zeus,staycation,daltoosh, soarkobi etc have really great aim at all distances but with a average player like myself im not always reliable I don’t really blame it entirely on my aim but more for my lack of skill with using scopes, Ive never had to adjust for bullet drop in games before apex so im not great at lining up the lines to targets and knowing there distances etc quickly, Im only really good at sniping if people are camping or actively shooting so standing stillish (this is especially true for the kraber)

Anyways Diegosaurs was talking about aim assist in a video not long ago with his teammates and they decided it dosn’t need to be nerfed and hes a pc user, the video was labeled like ‘’Does Aim Assist need to be nerfed?’’ But i dont know the exact name

Honestly I don’t think its that much of an advantage when m+k users are clearly far superior, but I have played with a controller on pc since I started apex so Im used to it, i believe if I can do it everyone else can do it so I don’t see any issues with crossplay in general being added to apex, Im not really a pro but i am still able to get kills and occasionally wipe a squad by myself from time to time, so I think everyone needs to just stop blaming platforms for their failures and learn from their mistakes, blame themselves before they blame their team, in some situations it literally was a teammates fault but most of the time you can evalulate what you did and what you could of done better... sometimes you end up in the same situation so you do something better than how you died last time and end up winning the fight because you learned from YOUR mistakes
Message 2 of 4 (612 Views)
Reply
0

Haha yeah, is kinda confusing, but my point is that Aim assist is way too strong so why they can't enable crossplay, there's clearly 0 advantage using mouse and keyboard in a game where you can get close to someone very easy and abuse aim assist pressing left trigger everytime you want to aim, so enabling crossplay will be more enjoyable for most people because i could play with my xbox friends.

Or they can just leave pc alone with 0 aim assist because that thing is super strong, you just need to see people like Calamiti, average aden, etc they land some shots only because aim assist.

Yeah i saw that video and they concluded that aim assist really needs a nerf, at close range is way too strong, reduce recoil, have auto aim, and target compensation that slows the aim when is in the target.

@AudiofiloMxTbh you don’t even need the left trigger pressed, its enabled anytime close range but if your too close it dosnt seem to work, in the firing range it curves but dosnt aim towards the target for you,its only OP if your good at maintaining the recoil and keeping your aim on target imo it still requires skills, just holding the trigger won’t win you any fights you still gotta crouch slide, jumping, bambooziling just being unpredictable as hell to win fights while maintaining your aim/recoil