Re: Red Crossairs are useless for those of us with Deuteranopia.

Re: Colorblind mode not working on minimap.

Hey, I have a segment in this post where I line up several examples of your colourblindness and I specify that it's not as much the individual colours that are the issues but the level of contrast to those colours.

recently in a podcast with the Producer and developer of Path of exile they were asked regarding colourblindness and it basicly just backs up my statement about the contrast.

Path of exile is a very colour intense / flashing screens and signals to react to in order to play on a efficient level.

Here's the timestamped Q/A segment regarding colourblindness and it basicly just backs up what I said about contrasts being a significant factor.

Red Crossairs are useless for those of us with Deuteranopia.

I'm one of many gamers who have a colorblindness known as Deuteranopia. It's hard for players like us to see the color red, especially against a green, red, or brown background (most of apex).  This especially became an issue after the wingmans' hipfire accuracy got nerfed (which I agree needed to happen, but in my case it really hindered me now that i have to use the sights on it). Bloodhound is a useless Legend all together for me because his ult highlights enemy players in red, and it's hard for me to even see that. Same issue with the thermal optics. I appreciate the colorblind options we have in the settings, but they don't entirely do what we need them to. I have a screenshot from a Reddit post that I attached, made it just a couple of hours ago, and I got some very quick feed back by quite a few people who have this problem, and these are just the people who managed to even see the post before it was swarmed by other posts, and people are still actively commenting on it saying they have the same issue. If there were an option to change these red crossairs and enemy highlights to yellow, it would give us all a fair chance at the game.

Re: Red Crossairs are useless for those of us with Deuteranopia.

I don't know if the team is still working on it (I imagine they are) but I remember someone on reddit asked about this same issue (bloodhound and reticles) around the game's release, and the respawn devs responded to them to say they were working to do something about it, so I'd expect to see a colorblind filter for multiple forms of colorblindness fairly soon 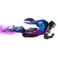 Most of the sights with red reticles are useless to me when trying to shoot at enemies that are running in green fields or with brown backdrops, which is a lot of places and situations.

I suggest you give the reticles on attachments a white or black outline, this would make aiming in all lighting/backgrounds much easier for everyone and make for a much more level playing field, especially for those of us that got the short end of the stick in the genetics lottery.

Thanks for hearing me out if you took the time to read this.

Here were some colorblind support settings added from yesterday's patch: