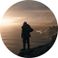 I like the Idea of Anvil on the R-301 or Flatline, using either one as my midrange bruiser on Auto or a long range "sniper" on Single that feels like a G7 Scout. It saves me a weapon slot in certain situations... If I ever find the hop-up.

P2020/Mozambique + Hammer Point is OP when you first land on these weapon combos... a few shots vs unshielded opponents and they're dead.

Select Fire + Havoc/Prowler, same as the above with the Prowler Auto being most used over the Havoc Single fire.

I am all for gun diversity, editing your weapon to perform the way you like to play but the above is just clique. Hammer Point is the most OP if the person is lucky enough to land on one at the start. These items should not be as rare as they are... or perhaps, I am just waiting for more weapons to have different weapon diversity to match my gameplay.