Beating a dead horse here, but...

Beating a dead horse here, but... 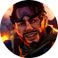 So I was wondering where the Duo event was, then I saw on the Apex Legends Twitter that it was delayed. Few hours later though, instead of an update for that, here's something new to throw your money at...money that apparently never goes towards anything in this game since it's still a broken mess when you can't get a planned event out on the day you say it'll be out....or how the servers still have those issues thanks to EA never investing in them apparently...Do you guys really think I'm going to spend any money on this game when you and EA make millions....no, billions of dollars? I still die from the laggy servers that have a guy in front of me not pull out his gun, but the bullets certainly are there....all at once....in my face....for 200+ damage in less than a second....through a door or wall.....etc.

tl/dr: focus on fixing the game and the servers with the money you've already made form greedy and overpriced crap, then add more stuff for people to spend money on.