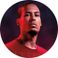 Just a question for the creators and community here:

Gibraltars airstrike is scary - like you RUN from it if it is on your immediate position. I think everyone was going for a "hammer and anvil" type effect where you can protect your squad with a shield to bait people out, and then drop an airstrike on top of yourself while defending the shield.

Bangalore's ult is nice for crowd control - when you have to scatter a hurting team or get the high ground. I wouldn't say I am particularly scared or all respect a Bangalore ult. Especially with full armor. Considering the time it takes to charge, then FALL, THEN DETONATE, the results of such a drop are very underwhelming.

Are the strikes inherently different because there is more power in smoke than a shield?

I ask because the last game I played, I dropped a Bangalore ult on a team - rather than scattering - they had the time/nerve to peak long enough to get in a killing blow. Two of the three just stood there and took it with very little damage dealt.

@JarenElectron I have the exact same issue Bangalores Ult rarely ever works... I believe its not meant for offense but for throwing smoke and using it as an escape because all the trailers show bangalore in double time as it explodes behind her killing everyone
Message 2 of 3 (105 Views)
Reply
0

I guess all legend balance must consider the legend as a whole rather than individual abilities. For instance; Lifelines ultimate is not the main reason why she is viable, its her passive.

I think Bangalores strengths for sure are his passive and tactical, and not his ult.

The fact that Bangalores ult missiles, each with a hit detector, lands in rows with plenty of safe space in between, force enemies to hold his position in one of those safe spaces, rather than chaotically running for their life which I usually do when I get ulted by a Gibraltar =) So just like you said, I think her ult is more of a defensive ability, very situational, but in that category, one of the best imao,  especially on this map that has so many choke points.

But maybe the Cooldown compared to Gibbies is a little bit high (270 sec compared to 180)?