It would be cool with the evo shields, as knockdown shield damage could might count. So it might be better to destroy their knockdown shield to get that damage rather than straight up finish them.

@Sir_NamedFinishers might still recharge shields and may even upgrade the shields level, honestly the evo shields are the only thing im looking forward for... ive pretty much decided to not play apex anymore except for dailys and im gonna try to save up weekly challenges to grind some battlepass levels in a few weeks to get my moneys worth, if I didn’t have the battlepass to do I wouldn’t be playing at all... im pretty much done with this game because of the lack of solos and will find a new game to play, I don’t care about new cosmetics and content... I want solos and for the bugs and other issues to be fixed they should be patching things weekly if not every 2 weeks not every month and sometimes it feels longer than that between patches

I think a lot of the body shield issues could be solved by removing some of the tiers.  Why are there 4 tiers?  The disparity between the top and the bottom needs to be reduced.  I think two tiers would be plenty sufficient...or you change the abundance of mid tier shields.  I think the gold shields added benefit is unnecessary as well.

When it comes to shooters I always felt that gun differences should only be preference differences, uniqueness and situational difference.  No gun should be straight up superior to the other outside of the current situation(ideally, I know there is no perfect balance).  A player might also play better with a certain gun due to play style and how they handle it, but that's different from balance.  Let's assume you don't want to balance the guns.  A possible solution would be to have more easy access to mid tier guns.  A p2020 against a R99 sucks, but if it's a mid tier gun it's not so bad.  Simply having more access to these guns would help a lot.

The evo shields sound like a bad idea.  The idea sounds interesting, but the execution I think will be a poor design decision.  Players who are performing well don't need yet another boost to win the game.  Do the players doing well really need items to help them do even better?  I guess we'll see how exactly they implement them, but I'm concerned they'll just be a tool to snowball to a win.

It's a game with loot and loot will always play a role, but it doesn't have to play as big of a role as it does. 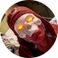 @RockScorpion384 Just wanna poke your argument a bit. There is no such thing as a one v one straight and outright. The closest thing to it is a surprise situation where you walk into someone and suddenly start firing on one another.

You literally have to manufacture some kind of bizarre isolated situation where two players, same skill level, same CHARACTER, one with blue one with purple, bow to each other and start a fight. That ain't how it happens.

What environment, what elevation, what character, what gun vs what gun.
Too many questions for a straight this beats that, rock paper shotgun.

I have had one nearly amazing situation where I got the drop on a team of 3 as a solo since my allies died, nuked them with grenades, dropped 2 with a bique, and stunted on the 3rd because i didn't weapon swap and laser his *. The element of surprise plays a massive part in this game, some people tend to forget.

Do the guns need to be balanced at various skill points so each gun has its perks to using it over another? Yes, absolutely. I despise finding P2020's and walking into a hot zone fight.

I agree with loot distribution as well needs a fix, because be damned if you land in a building with only shields, parts and items.

Shield swapping however feels like a high level strategy, hard to do with random allies admittedly because * may take your stuff afterwards.

Do I want to get punished in unranked for leaving? Hell no, what about when you get matched with a 10 year old that can't play and thinks everything he sees belongs to him? Or * allies that push and ambush when you aren't near to help, then get pissed at you when they engaged without you? Allies that get killed and ask where you were when you legit killed 1, knocked 1 and tapped the 3rd, but they still got downed?(Actually won this match and resed them for final 2 squad fight, but could have easily gone sideways). I have had all of these happen to me and don't regret leaving or not leaving in any of these situations.

You don't want random unranked people to leave your match? Remove the random from the equation. Because I'll be damned if I get into a match, hear 2 squeakers, watch them play extremely poorly and be expected to stay and "hold their hand" when I am only trying to get my dailies done. Might sound harsh but I play well with other players that compliment my skill, I am simply not GOOD enough to makeup the skill difference for bad players and its terrible that the current SBMM doesn't take this into account.

If the skill always added upto 10 and I am rated at a 6/10 with a 2/10 & 2/10 against a 3/10, 4/10, 4/10 suddenly I am expected to makeup a 4 point difference. I ain't that good, I have good moments (example given above) but not a consistent capacity to play with bad players, especially considering how mentally draining that is.

Ran on for a bit but I think i was clear.
- Balance guns: Yes
- Lose shields: No
- Unranked penalty: No
- Fix loot distrib: Yes

@MonhulioThats the other reason I need solos, its 10 times easier to do your dailys/weeklys by yourself than it is with a squad because your able to focus on your challenges vs having to follow your teammates or go res them somewhere, also 90% of the time they want to loot the edge of the map when I need kills/damage for my dailys/weeklys so of course im dropping solo to have some fights, also i drop solo for location based challenges if I need a certain location to do them