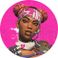 it's making every moment in the game a moment of suffering , anxiety and tiring .

every match one of my mates have to either restart the game because of lag or suffer some flickering/skipping, for me whatever server i play on is fu%$ up even with lowest ping which is 11 Ms with no any symbols on the right side of the screen .

Even looting is  a challenge , imagine opening a box during the rush after drop to pick a weapon and shield and the shield that you just picked up disappear from the bin and then appear again because actually the game didn't register that you have picked it.

or try to swap a shield from ground with your broken shield it make the sound effect and all then the new shield go back to the ground again then you have to try again and maybe again  , imagine that happens every time in the middle of a  close range fight .

That is just SOME of the issues.

The day before yesterday the match making with the same exact mates was just right , it was on point , it was perfect and just FAIR  and FUN.

but that happens once in a blue moon , yesterday again with the same exact mates and first match we was matched in a  lobby  full of predators which i have another story regarding these guys and i will talk about later.

My question is what is the difference between the day before yesterday and yesterday???????? What changed and made the matchmaking system to put us with predators again.

Did my squad became an apex GODS over night to be matched against 4 predator squads in the same lobby?, I think Respawn  have a lot of things to explain in this regards .

And why I feel it’s a problem it’s because of the following, so we like to play averagely safe , not camping and not keep on rushing .

We do third party yes , so we hear a gun fight and wait for a moment just to make sure that there is no another another squad .

Once we see it’s a good time we rush in , we finish the fight in a short time but no no no…. here they come a squad who appear from NO WHERE , they don’t even make a sound .

No footsteps , no any kind of tactical ability sound.. NOTHING , we pull out a fight just to be whipped in 3 SECONDS  and guess what ….it was a predator squad .

So actually, I figured out that these guys (predators) they will be camping in some corner like rats waiting to only third party others when they are weak.

Last, point 4. Now let’s talk about predators, so now am I have a believe that predators or high rank players or at least most of them they don’t get to that lvl because of their amazingly super high skills.

They get there for other reasons , let me try to explain even it will sounds crazy but anyway as I said I don’t care anymore because I had enough of this.

I main lifeline and my favorite combo is R99 and Flatline, no one can disagree that this is the most OP combo in the game, anyway …..I can one clip a player with R99 alone no matter what shield he is having and in the worst case, I will need to use my secondary to finish the job if it was a gibby or caustic specially if having lvl 5 shield  .

But when it comes to predators that doesn’t apply, a small example from yesterday .

We third party a squad in bunker and wipe it out with no problems, after only two seconds we get third partied …of course you guessed it ,it was a predator squad  my mate shoot a pathfinder and break his shield so it should be easy to knock him down right ?  But no wait it’s a predator it’s not allowed.

I empty a clip of R99 on this guy who DON’T HAVE A SHIELD but instead he knocks me down , I check the death recap and it showed that I did only 65 damage on him ….WTFFFFFF.

You will say bad luck your shots wasn’t registered then I will ask so the game failed to register my shots only on this guy but it was working perfectly fine with all the squads that we ran into?????

and this happens almost every single time without a fail against them .

Then WHY …why this kind of things happen when we encounter these people only or mostly against them.

Whenever I spectate a predator player I don’t see anything special in movement style , I don’t see a perfect aiming skills and most of the time they get killed soon .

So the big question what the predator player has that the other players don’t?

Please answer with details if you say SKILLS, and if you will say to me “ git gud “ or whatever then tell me how .

In addition, I play FPS games for more than 20 years and even if I was a complete noob to FPS, the time I spent and the experience I gained in this game should be enough to make me a good player

So I will say it again, I do not believe it has anything to do with skills or at least it is not all skills.

Something is wrong , for example maybe some of these players have a glitch in their connection to cause what is happening or maybe just simply they have a better gaming chair lol  .

Bottom of line, respawn should let these players play against each other ONLY and whoever get to that rank means that he/she can compete against them.

This is exactly how you are losing your player base.

every day servers are becoming more and more absolute trash.

i even had an issue when connecting back after restating the game where i couldn't loot anything from death boxes , every box i open was empty so my friends had to loot and drop me what i need .

even the new server (Bahrain) which was introduced this season is trash , this server is giving me 10 to 11 Ms ping but it's not smooth , flickering , choppy and not very pleasant to play on it.

i reported issues playing on that server after day one in season 5 but nothing was done about it , maybe i was the only one complaining ?

seriously i started to hate this game  and am one of the people who is literally  ADDICTED to apex , i play this game every day since launch and the only thing is see happening is degrading.

i will say it again , Respawn....... fix your game for the sake all father

don't drive this game to its doom , am really tempted to go to another game specially now when we are few days away from other games release  .

i know it's not about me , am one of millions but am one of the people who is holding to Apex with all my power but am losing grip and slipping so it will be very easy for other people who don't have that much love for the game to just drop it and move on

@maximas1986 The connection was rough yesterday. Any day 1 of an ltm or first week of a new season is like that. For some reason all EA games cannot handle peak demand.
Message 3 of 29 (634 Views)
Reply
0

@hayhor believe me it's not because of that .
this is happening for months now , at least i know that server BIG issues started at the beginning of this season .
you know i have a mates he literately try to avoid any encounter with predators and when i ask him why he say " no use of trying , whatever you do you will lose " and he is fairly a good player .

@maximas1986 Ok, I've been fairly immune to connection and lag issues on this game. It is only peak times I mentioned for me that are usually the issue. Yesterday was one of them, tho my connection seemed fine. My friends tho had a really tough time.
Message 6 of 29 (540 Views)
Reply
3

@maximas1986 They are prepping for the flux of new and oldies coming in S6 so they needed to test 'easy mode MM' to keep ppl happy for first week. If they get ppl hooked (again) in that week, that means more money again.

After that week the normal MM goes back cause they already got their influx of payment xD.

I can even share it with everyone I don't mind

@Koochi-Q I'm going to have to build a board for all the conspiracy theories I'm seeing lately. 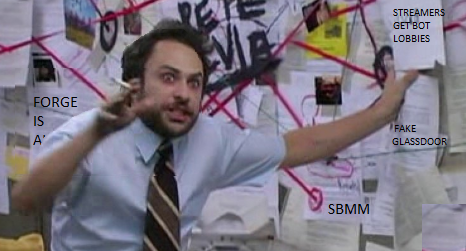 @maximas1986 Thanks for the post, even if frustrated, pleas keep the feedback coming.

If you ever have clips of suspicious gunplay like your R99 example, please send any clips our way, if you record your gameplay. They help loads and can identify weird edge cases.