Re: my cd copy of spore is not full enough?

my cd copy of spore is not full enough?

Hello every body. i faced the following problem. I bought a disc with a spore game (this is only spore, no add-ons). The game had a license key and I registered it in ORIGIN. On my old computer, I played without problems, not paying attention to the fact that the game did not appear on my account. Installed it from disk. Now I tried to play on my new computer, but now I don't have a cd drive. I tried to solve this problem with origin support. I wanted the game to appear in digital form, but I was told that the key attached to the game is only in order to have access to online, but this is not the key of the game itself. tell me what you can do to play on a new computer, or someone throw off the image of the original spore disc. I'll be very thankful.
P.S. I will never get involved with games from the origin again, well, only in case of exclusives. Disgusting game support.

Re: my cd copy of spore is not full enough? 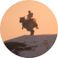