how people saying that bf1 and bfv is better than bf2042? all 3 are crap

The last good battlefield was bf3 and bf4. Since bf1 they removed all good features from bf game like battlelog for stats and join yyour teammates easier. Vehicles on bf1 same as bf2042 are slow to aim and drive making them less fun. Maps has huge open spaces. The visuals also on bf1 was worse in terms of dark areas and colors.

Weapons was like  pp guns on bf1 and they started to change the class system to worse. and now we have the abomination of specialists.

They wanted to bring back the bf moments that bf4 gave but since bf1 the gameplay is boring.

They must bring back the same gameplay.on vehicles as bf4 -  same class system and a battlelog to easy create teams and join servers and then you have a good bf game

@alucardgrBattlefield 1 and Battlefield 5 are atmospheric Battlefields which mean less competitive more cinematic and I absolutely love them , for gunplay and real skill 4 3 BC are the best , and this might sound funny but I truly believe that Hardline was the most competitive Battlefield

I'm ready to get attacked

@alucardgrAlso 2042 isn't a battlefield yet 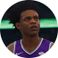 I agree with your assessment they set up to give bullies the advantage and for cowardly tactics to get kills instead of skill and good sportsmanship. no coms make them almost impossible to play as a team. The fact that all the maps made to cater to the cowardly sniper and not real gun skill. vehicles that are far to strong and almost impossible to kill like the choppers and cars in bf2042 while carrying far to much firepower. Sad DICE didn't see this when he made them or did he knowing these things would be like this and did it on purpose. 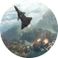 I think BF1 was a good game. BFV was bad until the pacific came. I have only tried BF2042 beta, but with heroes, no server browser or joystick support it is currently uninteresting .. Hope it gets better.

V would have been much better had they focused on the popular battles of ww2.

BF1 was the game that introduced me to the series. It's still my favourite to this day. However, each to their own, nothing wrong with that.

@ElliotLH BF1 is and will remain my all time favorite game.
Wanted to ask you, didnt we used to play on the SEC8 server together?
Message 9 of 12 (265 Views)
Reply
3