Man why are you trying to get  me mad and talk nonsense ? Just try it out at the firing range, and i tell you the numbers from there. I`m no f**** encyclopedia, there is no way i could know the exact numbers.

If you can`t tell a difference i just dont know ....

Just go write +cl_showpos 1 in the console and this will show you the Movement Speed Values and so on, and then come back and explain how they remove the speed ....

Console is on  Advanced Launch Options in Apex Legends Game Properties on Origin.

If they were to remove the speed bonuses i would have sp*** on them. Because it would be a totally unnecessary.

I don`t main Wraith, but i like her as a character and i`m thinking to main her, because right now i`m playing Bangalore, and Wraith kinda is just a better version of Bangalore.

@AOD_Rct_lordlosh I think they did remove the tactical speed boost.
Or it is very little.
Message 23 of 36 (264 Views)
Reply
0
Highlighted 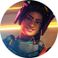 @swave289 i mean wriath but ...
" Fix ur aim" isn't answer.
if u have small hitbox and ur opponent have large hit box, u can see him before he can see u.
also u can spam "ctrl" behind object and spam pre-fire.

@swave289
1-" Firstly gibby has 275"
> he is biggest legend and have **** animation.
2- "evo which makes him have more health than anyone "
> evo shield is available to anyone.
3- "dome which you can heal in 25 percent faster like lifeline "
it's his escape/retreat ability like wraith she can escape with her q and ult.
4-he picks up teammates faster
>he is character as support role
I mean wraith and I wish respawn continue to buff other legends.
I feel i'm stupid if I don't take wraith bc other legends are meh or bad legends. 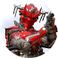 Lol no I kinda agree with Iron though loll.

Pathfinder I can easily hit a 60-100 shot fairly close with a peacekeeper even if he's strafing.

How hard is to read what i write? I just did test both of her tactical and ultimate at the firing range with the speed values and i write them.

Its a small boost, but still exist. His ult is 25% which is good.

I still don`t get, why should i write 10 post with the same stuff.

Everyone can type the command for speed values and can check them in the firing range or in an actual game.

I don`t see why you should suggest something that is clearly not right, before you even test it.

swave289, with such a comments you are getting all the hate towards the Wraith. Firstable improving aim is not something that happen for overnight. This actually takes a lot of times and a lot of practice, not just playing the game.

And still Wraith hitbox will be small, and still her movement animation and strafing is OP. She rotate so much, and thats is a premise for a lot of missing bullets at her.

Small target = harder target, everyone knows this. And this help in every situation. Not just in 1 on 1 fight in an open area, when you are behind something, when you are peaking and forth, when you are running and so on.

Again she doesn`t need more nerf, but the joke is getting ridiculous, and you just regenerate more hate towards Wraith playerbase.

@AOD_Rct_lordlosh
The reason I wasn't sure is because I can't check, plus there are mixed opinions throughout the internet.
Message 29 of 36 (120 Views)
Reply
0
Highlighted

So moving on from all the inevitable bickering this thread was going to start lol.

You've stated that wraith needs a massive nerf,  What exactly do you want nerfed about her specifically?