If there will be a Star Wars Squadrons 2, and I hope it will come with the rogue squadron movie in 2023 latest, I had the following wishes:

Hey there @tomypit We don't have any information on whether there will be another Squadron game, but this is a great post! Thank you for your feedback. I'll pass this on to the team🦾

@tomypit the hype for this game wasn't that big because the Battlefront audience wanted it to be a casual and broken pew pew. Once they saw the skill gap, they ran back to their broken game. Squadrons sit at the top of my most played games (play it almost everyday), and love the flight mechanics as well. Wishing for a sequel or prequel that it is based either in the Galactic Civil War major battles (seen in the movies), or the sequel trilogy battles.
Message 2 of 13 (11,265 Views)
Reply
3

@tomypit Actually I rather they just make an Expansion to the current game. I guess there is not much I want to change, but maybe more options for Multiplayer in the forms of New Game Modes and more Star Fighter options.
Message 3 of 13 (11,237 Views)
Reply
1

Hey there @tomypit We don't have any information on whether there will be another Squadron game, but this is a great post! Thank you for your feedback. I'll pass this on to the team🦾

@tomypit you forgot the telemetry sounds for the TIE's targeting computers which is missing from the current game.
Message 5 of 13 (11,158 Views)
Reply
1 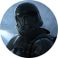 1st A mission editor - lots of creative minds in the community - give them a chance to prolong the games lifetime!

2nd A dynamic campaign - have your fleet move around and let the stuff you do matter for a larger simulated war. Destroy a shipyard - less supplies for the enemy. Destroy a listening post - less intel for the enemy. And every ship you destroy during combat is one ship less for the enemy war effort. Make it two campaign - a canonical rebel alliance and a non canonical imperial one.

3rd An actual dammage model with systems that can fail instead of a health bar.

@tomypit Hello there !
Nice post !
Hope a sequel will definitely come at some point or be included in Star Wars Battlefront 3 ! (as this game developpement is sadly "abandoned")
Dlss for VR !
Next gen graphics !
Movies like space battles ! (Death Star assault with final trench run ! Battle of Endor ! Hoth invasion ! Podracing ! And more)
All saga areas !
More Maps !
Keep sharing your hopes and your love for Star Wars and this awesome game !
Thanks again to all the team !

May The Force Be With You, Always...

100. i dont want a sequel unless it covers other eras cause this game has too many problems as a starwars game. I rather some other studios take a go at this game type. i would like a deeper and fuller mission and dynamics, I love this game for the sampler it was, but it could be soo much better. not just that there can be more to it, but there is much that does not need to be here. I like the small party size of the game and it needs to stay small squadron based. but i believe the makers ran into the problems that sit in the game that could not be overcome without expanding the team and time that was already put into it. so, and expansion would be the best way to go for this game. i just rather not buy into another game like this when it is not really going to change any fundamentals of the game.

I'd love to see that longer campaign(s) playable in cooperative multiplayer like the (sadly too short) campaigns in X-Wing vs. TIE Fighter: Balance of Power back in the day. Those were a blast to play through with friends.

@ghostmonk000Clone Wars will not work for the CIS as it's fighter classes are automated. It can work with the sequel trilogy though.