Why I'm worried about NFS Heat

If you guys are worried about an incoming "they're gonna put in lootboxes!" or a "ThEy'Re JuSt GoInG To PuT SuRpRiSe MeChAnIcS In!", don't bother looking here. That is a concern for me yes, but that's not what's scaring me. Some new gameplay just dropped from IGN and other large video game journal networks from Gamescom. While the gameplay looks pretty good, I've noticed some issues. One of the biggest flaws of NFS Payback was the dismal performance. It may not seem like much, but try saying that when your driving at 200 MPH in your favorite car and the map suddenly vanishes out from under your car, the ground turns to mud, and your framerate dies. That's the kind of "Uh-Oh" I'm talking about. During an IGN interview in which they showed off gameplay, it was noted that the game was being presented on Alienware tech. Those computers are nothing to scoff at, but here's the kicker; there were framedrops. Especially when the action got intense. Why does this worry me?  Alienware computers are some of the most beefy and expensive gaming PCs on the market. While some custom super builds are more powerful, a computer of this caliber should have no issues running a game like NFS Heat. However, if this game isn't optimized, people with low end PCs and probably even relatively beefy PC units are going to have a hard time enjoying this game; not to mention the issues that could potentially be involved on consoles. But it gets even worse than that. I noticed that during several moments of gameplay, there were numerous graphical errors in the form of what looked like rogue shadows (the kind of black graphical stretch marks you'd see when your BeamNG Drive starts glitching out) all over the place as objects got destroyed. Most games being presented at events like Gamescom usually have this kind of stuff sorted out. From a technical/program development standpoint, Ghost Games has less than three months to resolve these issues and make the game more optimized. However, I don't think that will be enough time. I worry about this becuase crunch periods never bode well for game development. My more cynical side says that NFS wasn't at E3 because it simply wasn't ready to be presented. I really think NFS Heat could benefit from being delayed until at least the summer of 2020. Ghost needs to let this one bake for a while longer. I don't want to buy another unfinished beta game like NFS Payback.

Well I just heard Blackpanthaa say in his latest video of NFS Heat that the build they let them play is 4 months old so if that's true than your worries may be gone.

I had hesitated a lot to buy it due to the loot box system that I really hate.
I finally buy it a few month ago when it was at 9.99€ and still regret it...

I currently have about 8 hours of play and do not want to play it anymore because the game caused overheating of my processor twice, putting itself in safe by turning off the PC.
So I discovered that NFS Payback was known for being poorly optimized and encounter some major CPU load issues.
NFS Heat seems really great and make me want to play NFS, so today I reinstall Payback and try some settings to play it again without turning my computer into a hell, but without success.
With all in low, the processor still make peaks at 80-100% of load and the graphic card is at 100% (with +170FPS, by the way), and temperatures are high.
So it's time for another uninstall, and with 8h of play, it's too late for a refund.

I'm happy to have not buying it at full price at its realease and I will probably do the same with Heat, but checking first for some potentials performance known issues.

I'm also worry about potentials paying DLCs, and I'm a bit disappointed by the variety of cars.
There's to much BMW and too much supercars. I always found funnier to buy a "not too powerful" car and turn it into a monster. And supercars in NFS are always the ones that have the less possible modifications (in aesthetics and performances).

So, poor optimizations and also a failed "cops system" would be another hard blow for the franchise and the fans.

@CLT1167 Delay to 2020 isnt a good choice.The reason EA keep teasing NFS2019 is because they want to celebrate NFS 25th anniversary,if they delay the game,they will miss the chance.Also,2 years development cycle is the same as the ones of PB or 2015,so if they can showed us a game then,they can now.EA never cares about the quality of game.They just want a quick grab of cash,also most dev build games are of very low FPS,same as older NFS like MW2012 or HP2010.A buggy game isnt something new to NFS series.Rivals was as buggy as usual now,and that wasnt a very old game.
Message 4 of 6 (321 Views)
Reply
1
Highlighted 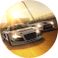 @CLT1167 So far... 1080 Ultra on 2080TI and 1660TI gives the same exact frame rate.
Graphics are horrible. And i'm not talking about the cars or streets... Everything else looks like it's been made to just be there with no other purpose, not even aesthetic.
Message 5 of 6 (186 Views)
Reply
0
Highlighted

Thanks to the free month of Origin Access, I can try the game for 10 hours.
As I expected, the game is unfinished. The optimisation is not as bad as Payback one cause I don’t get thoose ridiculously high tempartures, but there’s still work to do.
I tried playing with settings but the game stay ugly, even with ultra settings. The only difference that it makes when changing the settings is a FPS drop…
We agree that the graphic engine is the same as NFS 2015 and PayBack with potential minor « improvements », right ? So why I can play NFS 2015 but Payback makes my computer burn and Heat stay ugly ?
Moreover, the French dubbing is really bad (like Payback).
As I expected again, I really hate the soundtrack (but we can still turn this off and run spotify in the background).
And why the **** can we not customize the pad settings !
And the maniability feels not exactly as NFS 2015, and need a bit more work too before being good.
I can also add that the open world is empty and that the avatars are ugly.
I will wait for a quick update before my free Origin Access ended and give the game another chance, but will not buy it in this state nor with my curent graphic card.