Were the Digesters Inspired by Guild Wars 2?

Were the Digesters Inspired by Guild Wars 2?

I was checking out my old stomping grounds in Guild Wars 2 and noticed something very familiar. 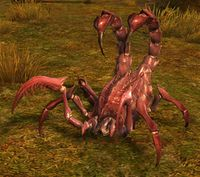 "This carrion devourer is a deadly, ruthless predator. It poisons its foes from a distance, hides underground to ambush them, and can bite them to replenish its health." 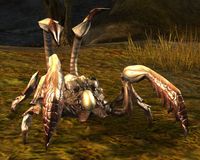 Then there's the Digester. 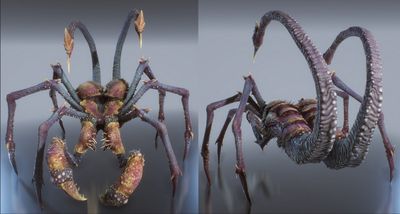 "According to 'Bastion's Amazing Animals' written by Venwick Crok, skorpions are six-legged killing machines. They are careful not to hatch from their eggs until they sense that food is near. These creatures have highly corrosive blood and two stingers that can shoot acid at prey, damaging even the thickest javalin armor. This acid is actually pre-digesting feed for the skorpion, who is willing to share a meal with their siblings - who may or may not be burrowing underground, plotting a surprise attack."