We've been working on updating our backing up and restoring your origin games article on EA Help - the current version is still referring to how it was done on the old client.

I will send you a reminder when the update is ready

Does that mean that there is a real difference? For example that the new client recognises the games on the HDD without starting the download for a short period of time?

Did not tested that with the new version yet. 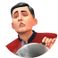 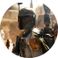 @DannyOuter "Vegan" is a new race that we meet in Andromeda?

i look forward to that feature! .... i completely forgot to mention this but i think the fourth addition to the list right after the "Tips and Tricks" should be "Bugs and Fix"  maybe ....on the topic of bugs i dont know if this is a bug but in the origin client application settings i turned off the Origin Helper Service but when i look in the windows services.msc i see that its still set to run automatically which i find it should be either disabled or manual (delayed) at least by default i mean other distribution service clients have theirs as manual and also with every update origin keep settings for it being turned off but again when i look into the services.msc its back to automatic which also show up in my event viewer log as an error ... by the way when i set it to manual in the services.msc it stop generating the error in the even viewer log...and lastly a dark version to this site well the community section will be a nice addition, the white layout at late night is really not that easy on the eyes.

Good one @1Guma good one.

Hey but, who knows.

With the amount of new races, you might bump with someone that doesn't like meat in the game uh?

I want to notice you all that this thread was named "Welcome! Introduce yourself"    Just in case.

As was mentioned by EA_Tom in the OP,  just create a new topic to discuss any questions.  I think this thread was created for Introducing.

True, @EA_Tom did wroth this, but @EA_Tom was also the one who started to get OT.

I think we should relax about a few banters in this thread, after all, the reason for this thread is to get to know each other a little better.

It should still be working in the same manner. It's mostly the naming in the client that has been changed. However, I can give you full confirmation once the article has been updated.

We're currently still working on a Bug Report forum, which will be added to the Origin Support section when it's ready.

As for the helper service, I'll take a look for you.

I don't really want to break up the discussion because I love seeing people talk! However, in the future it would be preferred to start a new topic about any cool stuff that you've read in here. It would make it easier for other players to join in as they are currently probably missing the discussion due to the naming of the topic. Having said that, I certainly don't mind general banter as getting to know each other better is all part of the community

As Holger said, it's kinda my fault for posting my thanks to all of you in this thread. It would probably have been better off in a separate thread. If required, I can still move things to a new thread..

I saw you discussing some of the hardest achievements on Origin - that's would be a perfect example of a new thread that you could start! I bet other players would love to share their experiences.

Because it's currently discussed in introduce yourself thread, other players might completely miss out on this..