Weapons in the arena

Weapons in the arena

For the past 3 or 4 days I've struggled to find guns right off drop at the start of a match.

I can easily find attachments and ammo for every weapon in the game but when my entire team for 5 games straight are struggling to find anything better than an RE-45 we began to feel like this game ain't doing it for us when our first encounter is always going to be an RE-45 vs Spritfires or carbines.

Are there less weapons spawning in the arena or are we really being that unlucky everywhere?

I noticed a few days ago I was having the same problem. Just p20's and mozams.

Last night it seemed to go back to normal for me. I kept coming across normal guns and normal attachments- was kinda' nice.

@randplayer2 Where do you tend to drop?

I drop at Repulsar, wetlands,runoff, swamps, slums and sometimes pit. I never struggle finding a weapon unless it's busy with other squads or we've had a late/slow drop which then means your playing catch up and will find nothing but scraps. 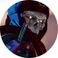 This does happen from time to time and there have been topics made about this before. For me it's still the same locations, Swamp, Repulsor, Right out side of bunker going toward Air Base / Runoff, and some times artillery.

Its a flip of the coin sometimes.

I think they mean with out anyone else dropping in those area's.