It's that time of the week, let's talk weapons!

Last week the Hemlok and R99 were the focus, you can check the discussion here.

This week we're hungry for hop-ups, with the Devotion LMG and the Prowler Burst PDW. 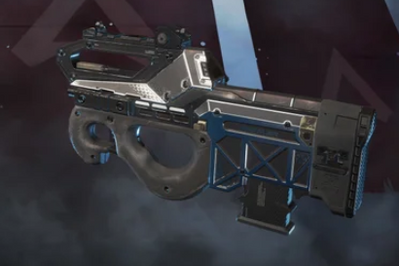 What are your thoughts of on these guns right now? Is the Devotion too much with the turbocharger? Do you find yourself starved of energy ammo?

Will you use a Prowler without a selectfire? What weapons pair well with it?

Let us know what you think below!

Devotions a strong weapon in the right hands..... But I am terrible with it more times than not. Not saying it needs any changes, but the delay in firing absolutely throws me.

The Prowler on the other hand. I love this gun. Especially with extended mag and select fire. Easily competes with the R99 imo.

Both in good places although the Devotion is possibly a little over strong early game. That recoil is a big trade off though.

@EA_David Both weaps are lovely. They go perfect with my morning biscuit and tea if the hopups are involved. I just sip my tea quietly while I can hear some random coming my way. By that time I’ve placed my tea down and my mind already says ‘and the hunt begins’.

While I prowl in search of my prey, I eat a biscuit to get my salivory glands working. When I see the enemy I pounce on ‘em and my devotion to the cause is what gets ‘em. No man can escape the hunt.

Hunter season begins, may the Gods bless us.

Lolz just had to do that :P but the Prowler is my go-to weapon with the hopup. It’s fast, it’s steady, it shreds. Like any big game cat! It’s a beast! But like big game cats, it won’t come to you easily. You either find a prowler with no selectfire receiver until the end of the game or you find the hopup but no prowler. It happend earlier today! I found 3 selectfires in skulltown but no prowler! Even tho I find that weapon alot normally when I’m not rocking it.

The devotion is not for the faint of heart. I prefer havoc, but early game devotion-have is like being blessed by the Gods. I’ve gone through multiple armor wearing enemies at a time without having armor myself. But sometimes the Gods don’t favor me and my aim is not right for the hunt...

It’s all how you take that weapon, but with turbocharger + golden barrel stabilizer... jeez...
Message 3 of 25 (951 Views)
Reply
1
Highlighted

Devotion is terrifying to face down, early game especially, but requires a sight and barrel mod to be effective even at medium range and a super-rare TC to be effective late game.

I usually won't run it even with a TC because I always run out of ammo late game since nobody carries energy ammo so I can't scavenge for it and the stacks are so small for no good reason.

I would use it over the spitfire if:

I'll only ever use the Prowler if I find a select-fire right next to it. As soon as people have level 2 body shields the time-to-kill is too long compared to other guns.

Not sure how to fix this gun, you can't really design it to be anything else but worse than other SMGs without a select fire receiver and better with one.

But that leaves it in this awkward spot where you have to * yourself carrying a worse gun until you find a hop-up if you ever do.

Alternatively you grab an R99 temporarily and waste a bag slot carrying around the hop-up until you find a Prowler but then you have 4 stacks of the wrong ammo and a blue light extended and it's just not worth the effort to start over.

If you can control the recoil the Devotion can rip people apart, especially early game. Personally, I would rather go with the Havok with a turbo charger over the Devotion.

As far as the Prowler goes, I love it with the hop up. Comparable to a R-99 in my opinion. Without the hop up, I wouldn't bother with it, I would rather go for the Hemlok. Less recoil and easier to control, but the prowler is still decent early game without a hop up.

I only use them if I get the hop up first (TC, SF), then found the gun with a lot of ammo from death box and my guns are sucks.

If the opportunity presents itself I'll take a Prowler (over an R99) to reduce competition with my squadmates for light mags & barrel attachments.

The select fire hop-up usually isn't a problem to find, as it's only realistically of use to other Prowler users.

The Devotion I find to be a dead-end gun; it's effective early game even without the hop-up.

- the hop-up turns up too infrequently to be relied upon

- energy weapons are generally unfavoured by the meta, making ammo harder to come by in the late game.

- When used outside of its intended short/medium range, it doesn't perform as well as similar profile weapons (aka Spitfire)

- The Devotion's muzzle flash is obnoxiously large (I consider removing muzzle flash as cheating, so don't do it).

The prowler starts out good, and remains so throughout.

The devotion is ok early game, but becomes a liability later on.

*This opinion is from play on PC. 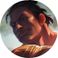 I like the prowler even with out the select fire.

Both the Prowler and Devotion with out attachments and hop up's has too much recoil on console.

I know this isn't titanfall2 but the Devotion in titanfall 2 has way less recoil and is a dream to use. The Devotion in Apex legends is all over the place and the climbing of the recoil is too much it needs to be toned down more.

The prowler burst has too much recoil also, I would rather use the Hemlock over the Prowler if I can't find a select fire for it. 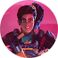 I'd like to see another hop - up for the Prowler, as I'm probably in the minority that prefer the gun in burst because I get more shots on target and headshots that way.

The Devotion I'd like to be able to use single fire more effectively, Possibly a hop-up that slows down the fire-rate and increases accuracy for longer sustained fire?