@NinjaChef85 I get ya, the op means those who simply get mad and curse and scream without actually looking up the patch notes or wanting things fixed NOW like it is some quick fix instamercial .
Message 11 of 17 (176 Views)
2
Highlighted 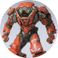 Exactly. I guess 5-10 minutes of reading and research is too much effort for some people, lol. 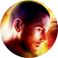 A man walked into a room and saw another man playing chess with a dog, he said to the man "wow, that is the smartest dog I have ever seen", the man playing chess with the dog replied "I don't know, he hasn't won a single game yet". The moral of the story: why would you bother trying to teach a dog to play chess.

I have seen many of these threads in many different forums and in the end nothing changes. I appreciate the motivation behind creating the thread but inevitably it just becomes a magnet for the people you are complaining about and spirals out of control. Really the only people that can change things are the people in charge of the forums. While there may be the hope that threads like these can change at least one person into thinking more rationally and behaving more civil, I have never seen it happen as there is no accountability, no repercussions, except for a temporary ban, or after repeated infringements, a permanent ban, though I have seen people just create new accounts and carry on as they did before.

I suppose what I am saying is don't bother trying to teach a dog to play chess, play chess with others that know how to play the game, or teach someone that wants to learn how to play.

Amazing that a thread attacking people is still up.

Amazing that a thread attacking people is still up.

Nah Its written and adressed to adults. If something you should complain to you mum or dad that bought a game with too high age rating.

Before you angrily put fingers to keys and create that next toxic post of "oh woe is me, you suck, why isn't this perfect, you suck" garbage, think really hard about the words that you will write.

Then, before you actually start typing, think about how people will feel when they read it - not about the post, but about you.

Do you really want to be known as a whiny, entitled brat who freaks out and insults people whenever you don't get your way?

Do you want people to view you as juvenile, immature, even childish?

Or  would you like to make an improvement to the game, and try to make the future of Anthem better for all players?

The Devs want to hear your feedback.  Let's face it: BioWare has been VERY responsive to the feedback they have received, and are working to get the game in perfect shape.  That's going to take time.  Maybe "everything should have been perfect at launch," but it isn't.  The one thing we all have in common is that we want that perfect game.

But no one is going to listen to someone who is just spouting hate and insults and making ridiculous demands.

I understand you spent your hard-earned money on Anthem.  So did I.  I understand that the game needs work.  I've been punted back to the xbox home screen on occasion.  When that happens, I don't log back in.  I go do something else.  Why continue to be frustrated?  Come back later, try again.

If you want this game to be the game you think it should have been at launch, by all means send in your feedback, report the bugs, send video clips and screenshots to show the problems.  Make suggestions about possible improvements.  Send in ideas for new content.  Make your requests.

Just try to do it in a mature and constructive way.

Otherwise, you just make yourself look like a whiny, entitled brat who expects to be given everything on a silver platter.

And no one - not even you - likes listening to a whiny little brat.

When i payed 60 dollars for a AAA developed game that is more broken than the average 1man indie game, that fundamentally is missing many industry standard content, where the devs openly admit they are inexperienced and this is a learning experience for them....a learning experience we aparently all had to pay for might i remind you.....i think at that point i have every right to be a entitled wining little kid....

I'm locking this thread as nothing productive appears to be coming from it.

If you are unable to post without calling another user names or posting in an abusive manner then we would ask that you refrain from posting.