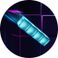 Product: Battlefield V
Platform:PC
Please specify your platform model. PC
AMD or Nvidia Model Number Nvidia
Enter RAM memory size in GB 16
Which part of the game is the issue happening in? Multiplayer
Which part of the mode? Conquest
Please select your region Europe
On which server did this happen?
When did this happen? (dd.mm.yy hh:mm)
Summarize your bug Sound is very bad.
How often does the bug occur? Every time (100%)
Steps: How can we find the bug ourselves? Test the sound.
What happens when the bug occurs? .
What should be happening instead? .

I played Bf5 since launch and have several hundred hours of playtime. And i really wonder how the sound did pass the alpha and even the beta.

It occurs in every game that enemies  rund and jump a few Meters behind you or beside you and you dont hear a single scratch. The sound isnt too quiet, its simply not there.

So you tried to fix the problem and failed 2 times. But making food steps louder doesnt solv a problem if sounds are missing. Making no sound louder is still no sound.

Also its pretty much impossible to locate gun shots. the directional sound is very very bad compared to other games.

on the other hand you hear voices of other players even if they are  very far away.

Vehicles like tanks have electric engines in WW2... They overroll me because i hear them when they are like 5 feed away from me. How load do you think were tanks in ww2, hmm?

Lets face the truth. the Sound system would need a whole rework. And i think the game is lost already, it would be too expensive to rework the complete system.I just dont want to see this in upcoming battlefield titles. Please take more time in alpha and beta testing and dont rush the next game again.

Core features like sound need to work in a multiplayer  shooter.

Oh and maybe implement a system for reporting bugs, this is so user unfriendly!

Moved your post over here to game information as overall feedback on the in-game sound.

Sound quality overall is better than other games on the market but for a title in the Battlefield franchise, it's quite sub-par.