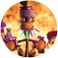 Pretty sure everyone has experienced this at some point. I just came on to play a few games, and the amoutn of toxicity in ppl was actually disturbing. The targeting, the taunting, the relentless effort to try to get a cheap kill, then the spamming of emojis: with the 'kitty' and the 'poop' being the most favourable amongst players. I used to be able to come to BFN, chill and just play some matches. But it now feels like a war to see who can spam emojis and messages the quickest. I really don't understand what has happened to players, and why everybody can't just be respectful and enjoy themselves. Lobbies are just being dominated with players that are toxic and salty. And I really don't know why. This is a child's game, designed to be fun, and clearly some ppl take it way too seriously...

I haven't really seen this much in my play time but I have seen it in videos of the game, so don't doubt it happens to more people. On PC, you can't directly send messages to people not on your friends' list so I've never seen some of the nasty messages I've seen console folks get that they link on Reddit and the FB group for the games. In Zack Scott's latest video he gets vanquished and the player who did it uses that dopey star face emote as an obvious taunt against him. This is part of why we see less videos from the Youtubers I watch for the games (Zack, Zero, and Wolfy).

The emotes and expressions are largely pointless (I do use a few, I love the 'Praise Dummy!' one when playing zombies for example), and some are used specifically to be nasty to other players. If I wanted this kind of toxicity, I'd play LoL. In fact that's the main reason I don't play LoL and won't play Valorant, their community is horrendous. We don't need it here and even if many of us can just roll our eyes and ignore the taunter, and one of my favorite things to see is when a taunter gets vanquished, but it's much harder for a young child to deal with and for a game that has obvious appeal to younger audiences and parents, that's gotta be a common thing.

@QasMeister I use the kitty cat one alot, but never in turf or PvP. So just cause a kitty cat emoticon means something else doesnt mean they dont love cats.
Message 3 of 17 (602 Views)
Reply
3
Highlighted

@QasMeister I find this toxicity most commonly in Battle Arena, but happens in other modes and it’s very annoying to deal with.

@QasMeister I agree, I’m tired of max ranks using the op legendary upgrades and never separating from their buddies and then they spam “terrible!” and “salty!” like you are the one who sucks. The toxic sayings and emotes should be removed except the ones who just supposed to be funny like “Beef Wellington!”
Message 5 of 17 (544 Views)
Reply
9
Highlighted

@QasMeister Agree. Seems to be a new level of toxicity across games in general - it's a cowardly way of bullying / enraging people that probably wouldn't be done in a face-to-face situation.

I've found it interesting that during my time in the forum that most of the xp I get from non-regular forum members or one-off visitors has been on comments I've made about expressions & emotes being used in a toxic manner.

I like the speech options but I've said before, some of them should quite simply be removed.

On Xbox, I can block someone from messaging me, I can mute either individual players or the entire lobby. I can put myself in a private party to start with & I can report players..... NONE of that works with the expressions & emotes. You can't suppress them in any way, nor can you even report them easily because they are using an ambiguous but legitimate form of in-game communication.

On their own, you can shrug them off, but accompanied by spawn-camping, targeting etc, they make both Giddy Park & PvP horrible at times - and I'm speaking as an adult.

I know many enjoy using these things & there will be some who genuinely think it's just a bit of fun that doesn't bother anyone, but it's an awful way of behaving that is all too easy to do & get away with in BFN.

I think the devs need to find ways of making this kind of thing harder to do in the first place.
Message 6 of 17 (532 Views)
Reply
11
Highlighted

The problem is emotes are so misused when someone vanquishes you and says "nice try" or something even that comes off as sarcastic even tho it might not be.

A simple fix is to have a menu option to mute them, so it looks like the player is just standing still when choosing an emoji or phrase. You can do this with voice chat so why not? It means parents can switch it off on their kids accounts if they get upset by it. Simple fix. 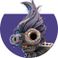 The devs can mitigate this issue by giving players the ability to turn off individual emotes & expressions so that they won't show up on your screen and allow them to pop up under certain circumstances (e.g. if you're in a group/party in BFN).
Message 8 of 17 (459 Views)
Reply
8
Highlighted

I use it to bully the bullys mostly but I do love the taunts.  Praise dummy is epic.

@Iron_Guard8 I like wolfys vids but it's funny he quit because he got targeted...he does all the dirt bag moves team switches when team is losing, op chars only, quits when team is losing so my guess is he just made a lot of enemies.
Message 10 of 17 (389 Views)
Reply
8
New topic
Twitter Stream