The Finale of Bloodhound

The Finale of Bloodhound 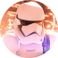 The finale of the bloodhound Story.  The only difference this time is your headed to the firing range not World's End:

It is very straightfoward.  Go summon the Dropship, jump to your destination.  Follow the bloody tracks, all done with a few prompts.  Congratulations you got some easily earned Apex packs.

Honestly I thought they could have done better.  It was  minimal dialogue and simply follow the tracks.  Perhaps in the future they could add a little action, or more back story on the charchter in general.  I think it was kinda thrown together, it felt hastily, and it seemed not a lot of thought was put into it.  Overall I didn't think the content was a 10 out of 10, maybe a 2 out of 10.  Free packs are free packs though....so maybe a 3 out of 10?  What do you guys think?  Do you think it could have been better, was it so so, or do you think it was spot on and filled your day?

Re: The Finale of Bloodhound

@wOAxelOw I'm not sure.  I think the whole concept was pretty good but I wish the Bloodhound's doing it would do so without filling team mates.  I did it that way or playing duo's with my brother so as not to mess up anyone's game.

I think it depends how much you are into the lore of the game.  One thing I find really interesting about Apex is the back stories of the characters and their personal motivations.  It makes zero difference to gameplay, obviously, outside of in game lines from characters interacting with each other during gameplay (which is also pretty cool).

I've not finished all the comics or lore via treasure packs so I'm not really "in the loop" so I suspect much of it I don't understand but to those following it it probably makes more sense.

Maybe in future they can be released in such a way so as to not interfere with team play.  It wasn't a big deal but it did spoil a few of my games where bloodhound drops to do his own thing.

One point I'd like to make (and it's a rare positive point for this community) is that when I did it people left me alone (I even ran through a couple of fights and they must have realised what I was doing and just left me to it).  I did the same seeing other BHs who were obviously focusing on the quest... just leave them be.  It costs nothing to help someone.

Re: The Finale of Bloodhound

@RockDokRockYea I haven't delved into the comics I'm actually pretty new only 5 or 6 months into Apex. I'd like to see a bit more history and lore. The concept was great, but needed more attention.

I too was almost always lucky. Maybe one time or two that one person had to chase me down full well knowing what I was doing and make sure to down me and finish me.  Alas, there are those people in the game. All we can do is say please be courteous XD