So I was watching Omega youtube video on buff ideas and two of them really stood out to me which was when octane revives a teammate it gives them a speed boost and path can grapple downed teammates towards him. Another one he mentioned is loba being able to use her ultimate to grab banners. So it just got me thinking about how lots of people want solos and I think with the ping system and the revive ships that respawn is 100% on apex as a team game. So what better way to showcase that this is a team game by adding in these buffs or other buffs where a legend can do something in their skill set for another player.

Respawn is probably in this mind set already but there are a few legends people argue they'd be great for solos and therefore cus those few legends exist in the game that solos should be viable. Anyway that video was cool cus it had some great pathfinder ideas and I think with the ring buff to the other legends it definitely took away a part that made pathfinder unique. 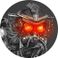 Dunno if what was suggested but could use the animation of him sticking em with a stim and hence why they get the speed boost.

The path one only sounds mildly useful at best; maybe he could heal+grapple hook so he kinda scoops him and teammate.

Or maybe he spins on the grapple in a small circle whilst healing.

@1ronKeys The grapple will come in handy if you ever choose to throw your teammate off the map.
Message 4 of 8 (138 Views)
Reply
1
Highlighted

This ones not really team oriented but for crypto I was thinking that if his drone is recalled and on his back he'll be alerted of enemies behind him. Just feel like since all his abilities are tied to him flying his drone and leaving himself vulnerable, not to mention his teammates will fight 2 v 3. He needs something where he can be more fluid

@BillyBlazes44 We have seen them buff legends to be more team oriented. There was the Gibi revive buff. Then the life line rework made her a Better team legend. Even mirage got some team focused abilities, the revive.

So maybe we will see some more team oriented changes to some legends.
Message 6 of 8 (106 Views)
Reply
0
Highlighted

@BillyBlazes44 I really like the idea of Pathfinder being able to grapple downed enemies to him. That would make him a great support character!
Message 7 of 8 (86 Views)
Reply
0
Highlighted

@BillyBlazes44 I'd rather have more solo utility that's good both on your own and while you're with a team. Think Bloodhound ulti, Wraith passive, or just Bangalore. Reason being is cause you're not always going to have a team, people leave, people die, etc. etc. Everyone's gotta have some utility for themselves.