Anyway... coordinate your team... 2 storms with all primers... Two colossus with solvent green masterwork+ assault launcher and exteme detonator Vassa's arc...makes for a quick game...make sure your storms don't counter(fire and ice don't mix as primers)...Vassa's arc detonates 10 enemies independently and generally targets primed enemies...solvent green comes with a base %200 combo damage...match made in heaven...the green also doubles as a primer btw...and applies acid to make enemies weaker...just an example...

I know the trend has been solo builds but team effort is definitely the winner here...get creative and stop complaining that it's too hard...make friends and build a devastating team.

GM 3 is possible...and alot more fun than steamrolling every enemy...even if the loot isn't exactly what you want...if you had everything you wanted would you still play?? Really though?

Stay in a place where you can be rez'd if needed.  Blasting into the middle of the fray is all well and good if you're a Colossus, but being able to (mostly) safely reach you when you're down means you'll be more likely to be rez'd, rather than ignored until it's safe. 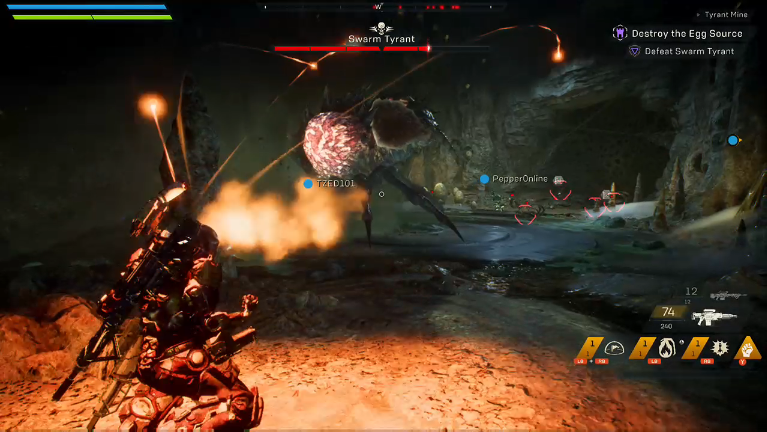 I respect the fact that you are happy to struggle on a GM3 Stronghold for probably 1hr or more and to be “rewarded” with a couple of Masterworks. (Players should be rewarded a legendary drop a boss on GM3, now that would be an actual incentive!)

Now you need to respect the fact that others are not happy with spending hours on this game fighting overpowered enemies (needed 2-3 clips to down standard enemies) who can down any member of your squad in one shot.

Anyone doubting that the majority lies with people who actually want to play an enjoyable GAME should try the following... without anyone in your squad, try launching a GM3 Stronghold and see how many people you get matched with.

Increase the legendary drop a bit would not stop people coming back. Each legendary has 4 inscriptions, each inscription having approximately 20 variants, each variants having low to high tiers... even with legendary item drops being tripled from the current state, it would take a long time for you to eventually get the rolls you actually want.

That is just a fact, a fact that surprisingly Bioware/EA are not getting. Or is it that they are more preoccupied with trying to “hide” the lack of content by making raising the difficulty and lowering the drop rate?

In any case, a few of my friends have now moved onto different games and more and more people will do the same, myself included, that saddens because I like the concept so much. 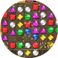 I think they should have legendaries loot drop or give a good chance including the chests and when you defeat the bosses. As for the difficulty I think the only one that is really different is heart of rage. But we kind of have to see how things are when the new patch drops. They are promising another chest and increased drops on bosses. So we will see how that works.

I disagree on difficulty of tyrant mine versus Scar. I've played both on GM1 and GM2. They aren't terribly different in difficulty imo they just need different tactics. Most people are really used to Tyrant mine since its the first one we saw. I didn't have too much difficulty adapting to temple of Scar once I saw the fan blades. I've seen people get completely wiped out on either stronghold. The biggest thing with Scelos is its a very different boss fight. You can't touch the fan blades. They kill you almost instantly if you do. Once you figure out his pattern and where to take cover the biggest danger is looking for groups of enemies like scar enforcers and hunters. They will pop up everywhere so eventually you'll have to mop them up. Stay far in the back and pop in out and takee care of them if you let them surround you and flush you out Scelos will destroy you. They have made changes before it was possible for a Colossus to stand in front of Scelos and keep hitting him with melee due some AI problems not anymore. Its a good boss fight in general and different from the other ones.

Heart of Rage is too long currently for the rewards but it has a lot of rewards int he beginning and if they add more chests and loot drops it will make the Monitor more worth Killing. Its a good stronghold but its just too long for your rewards. They have changed his attack patterns since he first appeared but its not that bad.

I mean if you having trouble deck out a colossus flamer with vassas arc, divine vengance/elemental rage and thunderbolt of yvenia will allow to go through most things they throw at you. Honestly I've beaten it with just about all the javelins. Which javelin are you using.

So I agree with that GM3 stronghold should all but guarantee legendary item drops. Its hard enough that people should be rewarded on GM3 and they just aren't. However I don't really think it needs to be nerfed if you are suiggesting that and if you are not then I'm just want to clarify that I think the biggest problem in GM3 is lack of legendary drops. MW should be automatic and legendaries should be very hgih rate. Right now there isn't a reason to farm GM3 because there is no reward for doing so. heck if they boosted Faction affinity based on difficulty that might be good too. But you are right that the risk does not meet the reward.

Also on GM3 I disagree that its just bullet sponging. I enjoy the challenge of gm3 yes its crazy that the fodder are so powerful but again you are going to fighting the best they have to offer. The biggest thing with GM3 is you cannpt play like in GM2. You cannot expect to kill trash mobs the way you did. The trash in GM2. This isn't a criticism as a player but I see a lot of guys playing the same in GM2. Its not gonna work. As said previously GM3 is built for team work. Each member doing their role. If you look at even some of the guides they point out that certain build become less effective especially those who rely on large damage alone. Storm with Chaotic Rime and Ponder Infinity works better in GM3 because one its a very fast combo. You can freeze most people very quickly and detonate them well. Ponder hurts shields even on GM3 and Rime will freeze the trash mobs thus lowering their firepower. The trash mobs all focus on the best target they can regardless of whether they are grouped. 5 of them shooting at you witll dust you. thats why you need freeze them combo and get the hell away. Hit and run tactics are needed as well as team work. you need to be supporting your team mates. Some people focus on all priming with a storm/colossus and let a Colossus/interceptor or another storm detonate things. These are just examples

The biggest difference in GM3 is trash mobs are lethal and cannot be ignored. You will not have a lot of time to pop your combos or shoot, you cannot rambo anybody even a single scrapper. Shields regenerate really fast you need to take the shields down and do real damage. Ideally knocking the shield with electricity and then freezing him or priming them with acid or fire to not only set up the combo but reduce their armor. Its much more of a problem that you can't prinme with their shields up. Status effects should be maximized. Knocking enemies back, freezing them clears space and buys you time to do what you need to do. I'm sure you're aware of some of these tactics but you really have to maximize these tactics.  Again not saying you do this but too many guys are running around dumping a clip of LMG expecting enemies to die when it won't work. However the above tactics do. Knowing youre role helps and having a build to take care of these challenges helps. People are too used to blasting through GM1 and Gm2 like juggernauts. You can't and should be taking on groups of enemies yourself. you should be taking them apart surgically and moving on to the next priority threat. if you aren't Dodging every time you are able to you are going to die.

Anyway you are entitled to your opinion but I think lack of risk reward is the biggest problem. If they start significantly improving legendaries on GM3 I think things will work out.

Move a lot especially as Storm. Combos are king, I personally like to freeze stuff for team mates or send fire or lighting when primed. The flying from above and diving done to melee works well sometimes especially for the larger enemies with shields.

And be aware of your surroundings in case you need an escape plan, lol

I Wont repeat them again all.

The only one I recommend is dont skip the mobs. I have gotten several legendary and lots of masterwork items from the mobs other people just ignore. 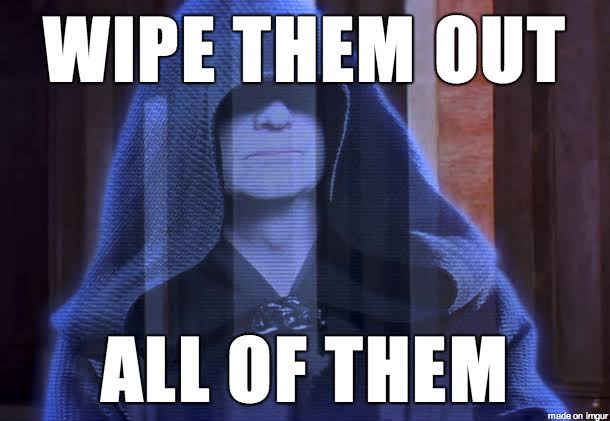 There are a few rules for Strongholds GM1 GM2 - 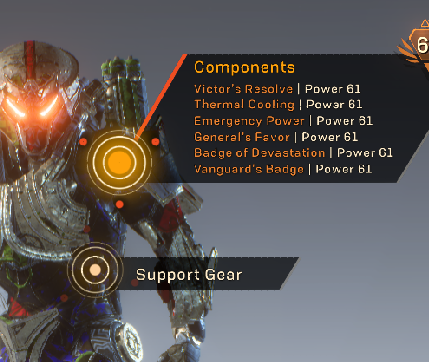 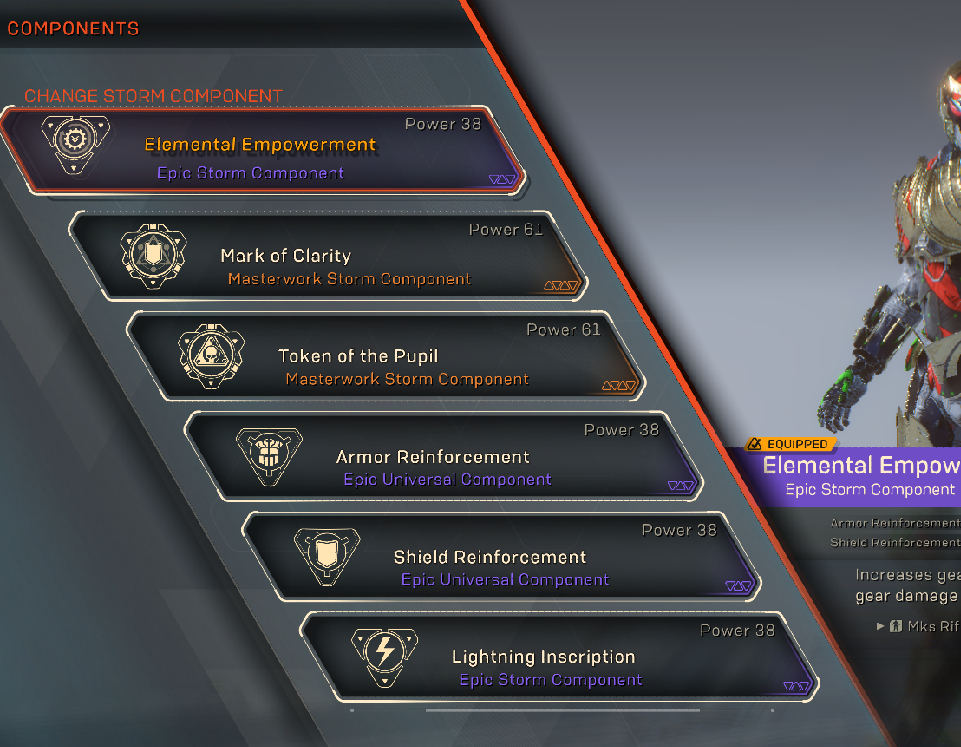 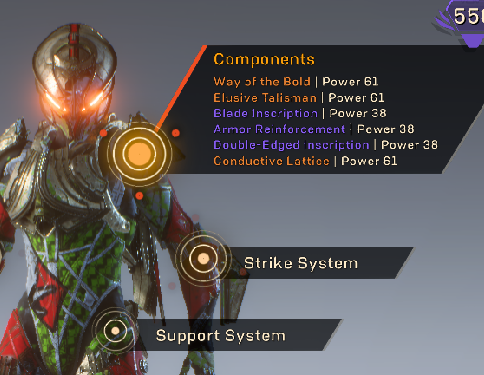