Still no DARK MODE after 3 years!

So why is it that 99% of the most commonly used apps nowadays have this natively or via the modding community. But EA still haven't found the bloody time for this? It's beyond frustrating reading back through countless attempts from the community and all I saw was "The team is looking into it"... WTF?

This is becoming increasingly difficult to understand since every other major game launcher basically has this now as they all understand the need to eliminate eye strain. But here we are, almost in 2020 and EA are still lagging behind with adding the simplest of options. We all know it's possible since 1/3 of the UI is already dark, so why the hell is this so difficult to just do the rest.

Makes it even worse since the in-game overlay translates the hyper white across to it's interface which is extremely obnoxious, and downright blinding at night.

Just get it done already, I think we've all had enough of listening to excuses and actually want progress instead of this run around act that never ceases to end.

Re: Still no DARK MODE after 3 years!

@zTransition Perhaps they are intentionally not doing so to distinguish their launchers from the others. From what I recall, Steam, Uplay, and Epic launcher are all dark. This is of course, speculation.
Message 2 of 6 (243 Views)
Reply
0
Highlighted

Re: Still no DARK MODE after 3 years!

Hey @zTransition thanks for taking the time to share your feedback with us.

It's so white, it hurts eyes, especially if you leave your downloads overnight. Please EA, introduce night mode/ dark mode

Appreciate the feedback! We'll do what we can to pass along all the requests we see in here for the Origin team when they're considering new updates for the client. 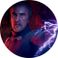