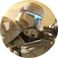 1 will there be multiplayer

2 how many ships will we be able to fly for a fighter combat only game?

5 what is the release date?

I'd also like to know if HOTAS controllers will be supported for this.  Please let it be so. 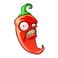 I'd also like to know if HOTAS controllers will be supported for this.  Please let it be so.

"Fly your way - Star Wars: Squadrons has controller, joystick, and hands on throttle-and-stick (HOTAS) support. We’ll have more details on supported sticks as we get closer to launch." 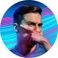 @Cantiras Will that include joystick support on the PS4 version of the game. I have the Thrustmaster T-Flight HOTAS for the PS4 and Squadrons would be so much more fun using the HOTAS on the PS4!
Message 4 of 6 (323 Views)
Reply
1
Highlighted

@rowntrp, My understanding is that joystick support applies to all versions (PS4, Xbox One, PC). Specific details about which controllers and joysticks will be officially supported hasn't been released yet. All we can do is wait for official word. For the T.Flight Hotas 4, you can also check to see if the list of games at https://support.thrustmaster.com/en/product/tflighthotas4-en/ (select "T.Flight Hotas 4 - PlayStation 4 Games list" under "Game settings") is updated at some point in the future to include STAR WARS: Squadrons.

I have a HOSAS setup for PC, so I am waiting for more info as well. In time (prior to launch), I expect joystick support information will be provided via one or more of the following sources: 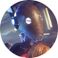 @SirCornmeal1138
1. Yes there will be. Two multiplayer modes are confirmed: 5v5, and 5v5 with capital ships
2. 8: Tie fighter, tie bomber, tie interceptor and tie reaper. Countered by X wing Y wing A wing U wing. There could be more after launch, but it’s only Empire vs New Republic era so probably not too many more. Also these would be additions to the classes, not adding another.
3. I highly doubt it
4. Not really cards...but there are 6 slots which you can choose 60 upgrades for the fighter: one for missiles, one for lasers, one for engines, one for shields, and 2 for auxiliary like a tractor beam or mine.
5. 2nd of October this year
Hope this helps!
Message 6 of 6 (224 Views)
Reply
1
New topic