Following the release of some goodies based on The Mandalorian, we have a pretty large update that will provide a ton of great fixes, balancing improvements, and quality of life changes, much of which are based on your feedback.

To start things off, we’ve introduced a new mechanic for how matchmaking and lobbies work in our game. Here’s the rundown from Dan Kim, our Senior Systems Designer:

Dan: A new forfeit system has been implemented for Fleet Battles, replacing the old "Safe to Leave" and "Match Not Scored" system. We felt that the previous system was often difficult for players to understand and unduly punished well-behaved players after an abandonment occurred, with some players reporting that they felt robbed of wins, locked into pointless matches, or unrewarded for time already spent when leaving "safe to leave" games.

The new forfeit system puts control back into the players' hands and allows players to decide which matches are worth fighting until the end and which are worth forfeiting. In either case, players will now be fully rewarded on all sides: players that defeat opponents through natural play or forfeit will now gain full skill points and progression rewards. Players that lose naturally after a teammate abandons or lose by forfeit will still gain full progression rewards but take only half the skill point losses. Meanwhile, players that abandon will be appropriately punished: abandoning the game after deployment always results in a loss and leaver penalties have been significantly increased.

Players will also notice that we have a new lobby backfill mechanic. While players are in the briefing room/hanger, we will attempt to backfill open slots, even in ranked games. Players that leave the game during the briefing room/hanger stage will not record a loss, but will still suffer some leaver penalty points (though not nearly as severe as abandoning the game after deploying into the map).

Overall, we hope that these changes will mean that players will play in full games much more often, and, when things do go wrong, players will still be properly rewarded for their time and feel more in control of their experience.

With that out of the way, let’s get into the rest of the notes! There were over 270+ fixes and tweaks in Update 2.0, so we decided to truncate some of the very minor or rare ones, especially ones most of you never experienced. Even with all that, these notes are long, so we’ve bolded a few that we think you’ll be most interested in.

In addition to the updated lobby system, we’ve also implemented two other notable changes for Fleet Battles: Improved AI functionality (detailed below) to prevent AI farming issues and the option to reset your rank during this Operation.

The latter will help players who got stuck at Rank 0 get out of this state and also let players who have been able to rank normally reset themselves if they wish to since the Rank 0 issue may have unfairly calculated their skill rating when fighting affected players.

We’ve also included a change to Capital Ship behavior to make “mosquito-ing” (the act of hiding under a Capital Ship and dealing damage into it) less of an issue. This will reward the playstyle of players who are flying like proper mavericks. To those who aren’t, you’re much more likely to be blasted into oblivion now. 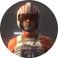 @EA_Straatford Tom,  Suggest that this should be sticky at the top of the forum.

@EA_Straatford No star resolution fix or volume fix for VR very disappointed if not . Hope the CTD in VR on yavin is gone .
Message 4 of 40 (2,288 Views)
Reply
2 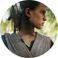 What will EA do to try to get the playes attention to this? 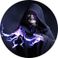 still no Hotas fix for xbox one, you still have to have a controller plugged in for Hotas to work.

Tested Sound still poor , crashes on cinematics and poor star quality all when used used on VR . 3 patches zero fixes not at all pleased with this patch. Please update on these issuses . Communication is needed or unhappy customers.

@Darthcanarie ok to be fair the slight improvement on the ctd only have to turn volumteric quality down one notch to avoid ctd
Message 10 of 40 (2,199 Views)
Reply
0
New topic
Twitter Stream