Solo with friends is far to easy to do

Solo with friends is far to easy to do

I did it a few times last night just to see if it could be done. It does not take anything more then pressing y at the same time and you'll be put into the exact same game together. You can then land in the same area and work together. I've run across other players doing this. They teamed up on me and then looted my death box together.

I'm not trying to be mean to the devs, I get that you have a hard job, that EA is a difficult company to work for. But this is not acceptable, this is a basic oversight that should have been thought of and dealt with before Solo ever launched. It's fairly obvious that people would try this and fairly obvious that it would be an instant problem if it's possible. Major oversight that never should have been missed. 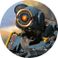 lol 20+ years of multiplayer games, and the people who make this game never heard of countdown queuing.  Amazes me how people who made this game can fail so completely at all the network related parts.

@unferth I suppose with it being just a quick beta test to gauge player response they didn't work too hard to iron out major issues.

Ironically a lot of these twits teaming up were probably a part of the community demanding solo's too.

Either way they should've anticipated it lol. 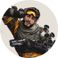 I haven't seen any d bags doing this in around 5 hrs of play.

Hopefully I don't run into you and your friends. When you see people cheating do you try that too "just too see"?

"On 8/13 we'll be trying out a Solos Mode in Apex for a limited time. We'll talk more about Solos when it's live and you've had a chance to play it. For now we're going to put it out there and see what happens and what kind of feedback we get. ". This sounds like it's not the final version of the solo mode.

Forcing players that are friends to join different matches may affect the game worse than you think. On one hand, many of those who are friends in the game may actually want to fight against each other. Then, when you have many friends, your waiting time will probably increase dramatically. For each friend in the queue, 59 other players are needed to have him join a different match. Therefore, If you have 20 friends, the queue will need to have 1200 players. Considering the split playerbase because of all the different modes, Apex would probably need tens of millions of daily players to fill the queues with such high numbers on each server.

Oh calm down we only did it twice just to see how difficult it was. I noticed it in a gMe and asked a friend to try it with me.

Beta test or not, this is really basic stuff and it should not be happening.

@DoYaSeeMe Really?! It would negatively effect the game? Are you kidding?! If they want to game together go play on teams.


cheat
/CHēt/
Learn to pronounce
verb
gerund or present participle: cheating
1.
act dishonestly or unfairly in order to gain an advantage, especially in a game or examination.

This is cheating no matter how you view it. Your argument saying it might negatively impact the game is not that great. That’s like saying you should let people use aimbot and other hacks because those who use it won’t play the game otherwise. They can play fairly or not at all.
Message 7 of 22 (357 Views)
Reply
0
Highlighted

@DarthValtrex Yes, it will, because the queue times will be much higher and because not being able to play against a friend occasionally takes some of the fun away. Also, this rule can't stop you from removing the friends from your list or team up with someone random in the game. In some cases, the available number of players on a servers is low, so those having many friends in the game may end up sitting on the bench forever.

I am not supporting cheating, but neither ideas that can create more problems when attempting to fix one. Also, teaming up in solos is not officially cheating until stated in the game's rules of conduct, it doesn't fall in the same category as hacks that exploit code weaknesses. The reporting that can be done at this point is more likely to help them frame these rules and think of other measures to prevent this from happening, if the solo mode will become permanent.

Haha, "your" (you're) funny. I remember a case where an RV owner went in a ditch after putting the vehicle on autopilot and leaving the steering wheel. He then sued the RV manufacturer and won because they didn't detail enough in the vehicle's manual what autopilot is/isn't supposed to do. The "solo" term is relative until Apex clearly draws the rules.

In a ranked solo mode, the waiting queues would fill slower, especially for the top ranks. In that case, counting up to join the match simultaneously wouldn't even matter, you could join a queue 2 minutes later than your friend and still be in the same match.