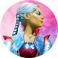 There should be online competitions with event notifications when in fun city, or even better, have a separate mode with real life skate parks!

You could earn gear only available from what place you stood in the tournament.

This could be considered your ranked mode, adding tons of replayability.

An unranked mode should be available for you and your friends, like a jam session in previous skate games.

This would help players stick out among other players

2. interactivity with the devs and the players

Add weekly online fan competitions using the video editor mode, such as a photo shoot. For example, thrasher mag photos. Fans decide/vote on the best looking photoshoot and that player receives in-game items that cannot be gained through normally playing. This gives some rarity to items that could also maybe get traded if implemented. It'd be cool to come across someone that has a board that is won from a fan voted competition which could be pretty hard to win due to the amount of people participating.

The battlepass system could be considered lazy and a boring way to unlock stuff. Since it's been confirmed that it's a live service f2p game, it'd be boring to go with the same methods of      unlocking as any other f2p game, such as Apex Legends, Fortnite, Halo Infinite. My main point being that it's been done so many times now and it'd be nice to have a change in it especially a skate game. There are many ways to unlocking things such as my last two ideas.

4. Give us as much immersion as possible

This being highly anticipated by many skaters and people maybe getting into skating, give those people a reason to wanna go skate, while also rewarding the skaters with a very immersive skate game that they've been waiting over 12 years for. Make gamemodes, games of skate, tournaments, street contests, etc all within fun city. They shouldn't be going through multiple load      screens just for a game of skate. It'd be sick just to pull up to a spot and then start of the contest.

Please give more ideas down below. All I want for this game is to be good. The live service decision seems sketchy but if done right it can be extremely good so to hopefully prevent the opposite I wanted to give some ideas. I feel like some games go live service end up adding the wrong kind of content or just not enough, and unlocking stuff in those kinda games can end up very lazy hence the no battlepass. I truly think a battlepass would be a very bad idea since there are so many other ways to add unlocking more content in a skate game.