I wanna know from everyone, long-time player / casual / pro-player / whatever, what your shortest play session was while actually playing the game. Not your shortest match, but your shortest overall session before stopping for whatever reason.

My record? 7 minutes. Today I re-downloaded Apex because I wanted to at the VERY least try Rampart and the Volt before I find something else to do, and decided that until they're released this game just isn't worth playing. I got a whopping 2 matches before I said to myself, "Dang this is stupid." and closed out.

As usual, I'd like to let everyone know that this game desperately needs solos because the "it's a team game" mentality is a hoax. 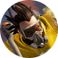 @pastaclown That sucks. My shortest was like 5 minutes as I dropped into ranked with randoms thinking I'd get better teammates. I get two people playing together, an older brother and his younger I believe. I ping where we are going as I am the jump master. They say yes. I start the drop and it is kinda a far with a mountain in the way but I know I can make it. Halfway the older brother starts screaming at me that I'm doing it wrong and tells his brother to break off. They go back to where other teams have already went and die instantly. The older one then starts talking about how he hates white people and calls me all kinds of stuff. I say into the mic, hey look I made it to exactly where I said I would, and start looting. I hear the guy say to his brother, this sucks I cant quit or I'll get suspended and I cant lose points. At this point their boxes were expired and this actually wasnt true but I say into the mic, you cant lose points? He said no you blablabla so what did I do? I stood in the lava and died.

At that time I did not know you had to report them in game so I didnt get to. But that one game to start my session ruined it and I shut it off.

I'm lucky enough to have friends available to play with so generally I have fun in the game tho. Ive actually had decent random teammates in the current LTM too.
Message 2 of 20 (335 Views)
Reply
1
Highlighted

@hayhor legitimately that's awful. I absolutely abhor teammates who think they're always in the right, then go off and make stupid decisions which get them killed, then they blame you for it. You can't improve if you don't have any self-awareness and can't admit you make mistakes you know?

It's nice you're still enjoying the game, I really wish the devs (and rabid fans too) understood that making the game enjoyable for all types of players is more beneficial than creating an environment where your best chance at enjoying the game is by making a premade.

@pastaclown it's is a team game but the mentality do not exist in a lot of the players , on the other hand it's present in a lot of other .
two days a go i had a random wraith who literally was holding hands with me where ever i go which was a surprise to me and we won that match big time .
but unfortunetley it's maybe 1 out of 100 to find a random like this , solos on the other hand is going to be fun for a while until it gets boring and you start tot see too may players teaming up so it will not be a success .

@pastaclown because i want have fun and these player-base 90% make this game feels tarsh
for EX:
1-hot drop 9 fully-squads with 9 supply bin
2-loot goblin that's want too see every corner every door every house or ping when mid of fight
3-stupid 0 iq teammate (most octane/loba low skill or wraith/pathfinder with some skill) who rush fight to with the last 3 squads insteed of 3rd parting them.
4-unnecessary fight another squads that's ****** far a way insteed of helping us

@pastaclown and I dont need to talk about teamate who run ***** away insted of watching ur flank.
Message 6 of 20 (253 Views)
Reply
1
Highlighted

@maximas1986 exactly, it's really hard to consistently find players who will play as a team. I (stupidly) decided to keep playing after posting, and honestly, it wasn't enjoyable. There's no real team work in this game, and no real situation where going, "Gee thank GOD I had a teammate to help me." 80% of the unenjoyable experiences I have are usually, "This could've been avoided with solos." Again, the, "it's a team game" mentality doesn't exist, and the devs should wake up and realize that.

@Maxray_Blank in the hour that I kept playing, I quite literally encountered every single situation you described. What's the point? Combat is Apex's greatest strength, and most fun aspect, yet it's constantly being bogged down by the scummy behaviors of "teammates". I had a guy finish off one of my kills, a yellow shield Caustic that I hit for 186 and pressed my tactical instead of melee. Caustic had a self revive, so my teammate killed them, then looted quite literally everything in the box, and had my other teammate res me.

I hopped right into magma and left. Why would I want to keep playing with that kind of person? The sooner the devs wake up and realize that the "team game" mentality doesn't exist in their design nor in their player-base, the faster we can get Apex back on track to actually being the Fortnite killer it was made out to be.

@pastaclownLolz why would you ruin your non-play by launching pre-new season! Someone was actually glad he got 1 kill? Wow... Mentality is definitely low xD.

@hayhorwow... Just wow. So both of you got at least a somewhat racist remark... ppl today... Ugh.

Mine was match where I quit in jump in either first or second game after a week of not playing. JM picks a spot. We agree. He jumps WAY too early, suddenly decides to go straihhty down when he likely sees his mistake. Goes into a hot drop location with 4 teams already fighting and I'm like 'right... This is what ppl do in this game' and stopped playing.

I remember first game. We landed at contamination but JM jumped bad. Luckily I did my trademark solo jump as he already stated he wanted that local. I got weapons and armor and pinged where enemies were. They land right there (-_-) and one dies in like 3 secs after touchdown while other runs for it. I tackle the team and down 2 but get taken out by last guy. I ping him but my 'teammate' decides to not engage so the enemy starts reviving and I start my leaving...

So @pastaclown between 3-8 mins to answer your question

@Koochi-Q boredom is KILLING me. Nothing good is out. I quite literally put all my eggs into the "Horizon Zero Dawn" port, and it turns out that it's super duper unstable. I'm surprised they even got a kill considering they weren't playing Wraith. Gotta love Wraith players, and by love I mean hate. I actually started grabbing thermite grenades specifically for thirsting downed Wraith players.

Gotta love no brain teammates. They make up for 90% of the positive reviews, and 90% of the player-base. Ignorance and stupidity go hand in hand IMO.

@pastaclownI haven't been gaming much either but that's mostly still due to the darn heat wave... Luckily it's cooler than at the start of the week and almost normal temperatures (go next week!) But my house still averages the same temperature that ppl go to the beach for xD

Yesterday evening my buddies and I gamed for first time in like a week due to the temperature was between 19-22 degrees instead of 27+ (at night... Can you imagine those temps at 11pm... 27-30 degrees XD).

Luckily I have no ill will against wraiths. They are annoying yes but no ill will. But stupidity and no-skill go hand in hand even more :P ignorance is just no skill camouflaged by the stupidity xD

[EDIT] Yea I saw articles about it being unstable and looking even worse than ps despite rocking vastly superior hardware XD. Didn't read it as I've already played the game but wow. Hopefully a good patch makes it the way it should cause the game is phenomenal. When it came out I played it through and got 100% in first 72 hours of it releasing as I played 35-42 hours of those xD

Go watch shows or sleep if you're bored! I do that to pass time if I'm not gaming xD