Hi all! Season 3 is here, and there are a lot of changes! A new Legend, new map, new weapon and more! 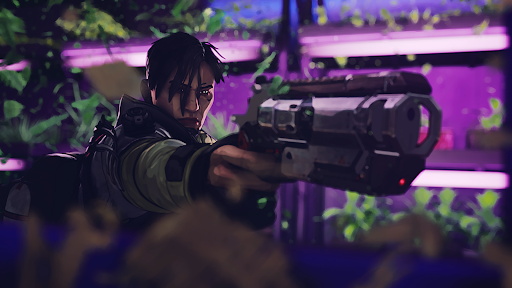 You can view the full patch notes here!

Once you've checked them out, and had some time to play around with the changes, be sure to come back back here and give us your feedback.

when will it start

Executioner perk, somehow i missed this one, this is awesome!

What about code net did u guys fix it??

Nice to see those bug fixes.

Haven't jumped in game yet but this looks promising, Cant wait to try the new hop ups.

Apex Legends Discord moderator | Answers HQ Hero
Having technical issues with Apex? Check out this Troubleshooting Guide
"Alone we can do so little, together we can do so much. #AnswersHQ"

gd I think gibraltar is going to be a strong legend this season,

Bloodhound buff is not enough, where's the buff for the passive, different color for old and new track?

If bloodhound is this weak, you need to give bloodhound some kind of perk to counter crypto,

Why u * head nerf my prowler, it was fine before, wth!?

damn crypto now can disable gas trap too, instead of triggering it with emp wth?

finishers now can charge shield to full, ok now this I like, it's a indirect buff to caustic and bangalore.

now gold armor is going to be very OP dude, the meta of the game will be the squad that has the most gold armor will have the highest chance of winning ggwpezpz

This update is incredible! I'm thrilled. Not thrilled to see no mention of an in game voice chat fix. Nearly 100% of the time I can't rely on voice chat to communicate with teammates. It's so choppy and glitchy. I've heard they are working on it many times. Expected to see it in the list of bugs for season 3.