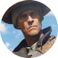 Hello, Is there anyone other than me who wants SPORE expansion packs?   +  I hope I write the right place!

then I have to come up with a wish list for SPORE expensive parts.
1: meat Eating bird's beak!
2: Shallow plant eats bird beak like (Parrots budgies)
3: predator claws that have both sprint and sneak (foot)
4: Fly skin so you can make a flying squirrel
5 a line of bird wings so you can get up and fly faster if you want to be a bird because, insect wings, butterfly wings, bat wings and then you get to bird wings so you want a Yes with feathers and wings.
6: And one, monkey mouth that is plant eating
7: Crab-claw/lobster-claw/hummer-claw that can stand damage/harm
8: Lama-head which is also a Plant sprout and besides it can Lama-head Spit/shoot
9: A house for snails that is, a snail's house as I can. Make snails and ceramics Cancer
10: A line of, harness, belt and hedgehog spikes and turtle, Shield and eventually hollow-hedgehog spikes that can shoot.
11: A long pointed beak so you could make a hummingbird or Kiwi.
12: Something I'm often missing is an insect plant eating mouth
13: insect feet that one can jump and with the winner could come up flying and not dance
14: A scorpion tail as it is straight into several. round balls and scorpion, tail can damage/ beator/ shoot.
15: A nice chopped bird feather that at low level gives jumps and when bird feathers they also fly, and they should not look like the feathers that are very rough in the game.

The idea behind the various expansion packs is that there should come a face that fits the ((earth)) time-line I could well imagine!!!

@N7_A_M_R_Egypt i know its long ago you said this, but there are a lot of old titles out there with a community, some still updated even after the owners and devs long abandoned it, i mean, look at TF2, if it weren't for the community, it'd be dead. spore continues to be dead because EA locked the majority of what the community can accomplish away and refuses to let people that care revive a game that has a lot more potential than they seem to even understand. the only reason the game is still barebones is because EA won't let anyone change that for them. its not a profit so its nonexistent, even if its of no charge to them, or even gives good PR, they won't budge because its not a microtransaction that spews out billions.
Message 4 of 6 (215 Views)
Reply
0

@Harvaine12 Valve still makes A LOT of money from TF2 thanks to the Steam Community Market (keys, hats .. etc)

If EA could make that kind of money from Spore I'm sure they would have invested in it.

you're right, but tf2 is almost entirely, if completely made of  community content now. items, maps, modes, have been because of people in the community. if EA were to at least allow that in spore who knows how wild and amazing this game could explode into.