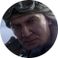 Ok this might not seem a big deal to some however, watching the gameplay videos the console controller separates roll from the anologue stick, which makes perfect sense for console controllers. My main concern is that roll for joysticks will inherit the same mechanic. Separated from the joystick and has to be applied on two separate buttons.

This may not seem a big deal but it's actually really is. It changes the way you fly, not being able to 'jink' in defensive situations. The horizontal axis turns faster, in Squadron like a real fighter jet, so roll has a massive importance to break turns, having the ability to execute maneuvers far more precise and quicker than having separated roll from the stick.

Has anyone thought about this? Probably not but it will change the way you feel about flying in Squadrons as soon as you put your hands on a joystick for Squadrons. I guess, it's just a concern of mine that the Devs might over see

Be great if a Dev can reply with a simple, yes or no to roll being separated. I can just stop sweating then haha.

Considering how extensive the key-binds are for keyboard and mouse, I would assume you can re-map roll on a joystick.

It's also worth noting there are 3 inputs listed at the top. Keyboard & Mouse, Controller & Joystick

Hi guys, just wondering what is the Keyboard button for Chat Toggle Visibility? Is it T or some other key?

Can anyone see my post? My previous one did not register?

@Reposter You post did show however people don't tend to reply if you're going off-topic. I don't know the answer sorry.
Message 5 of 8 (389 Views)
Reply
0
Highlighted

Well, that's nice to see Audsunn. Thanks for the screenshot. It'll be really interesting if we can remove yaw from the joystick and put it on rudder pedals instead.

@Quadro2k Well I was replying to Audsunn as he has a very Interesting Screenshot of the Key Bindings. I myself do not know the answer to your questions as well.
Message 7 of 8 (369 Views)
Reply
0
Highlighted

Hi guys, just wondering what is the Keyboard button for Chat Toggle Visibility? Is it T or some other key?

It's "I" Here is an overview of the keyboard & mouse scheme.